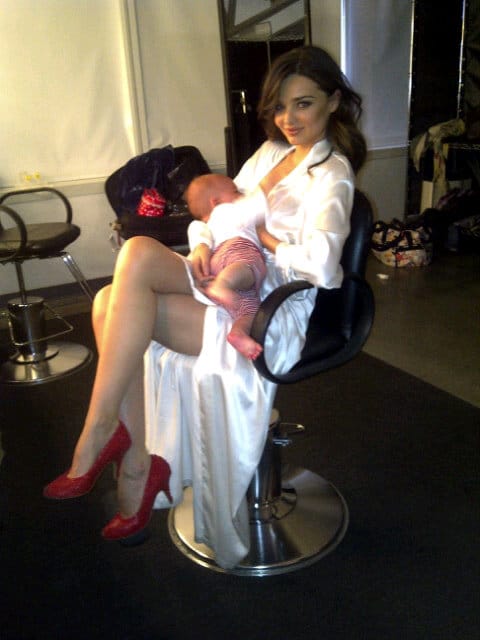 This isn’t the first time that Miranda has shared breastfeeding pics of her and her bub. The first image she released of the newborn showed her nursing him.

‘The photo was one of the first photos Orlando took,’ Miranda later said.

We both loved it and we wanted to share it. The pleasant surprise was that it also had the added benefit of promoting breastfeeding which to me is the most natural thing in the world and I love it.

‘I intend to breastfeed for as long as I can,’ she continued.