Pregnant with her first child, Jordan Thiering has thought of everything.  The baby’s room is ready, she is stocked with diapers, and her hospital bag is packed!  But while going through her birth plan with her OB-GYN in March when she mentioned she wanted to encapsulate her placenta. 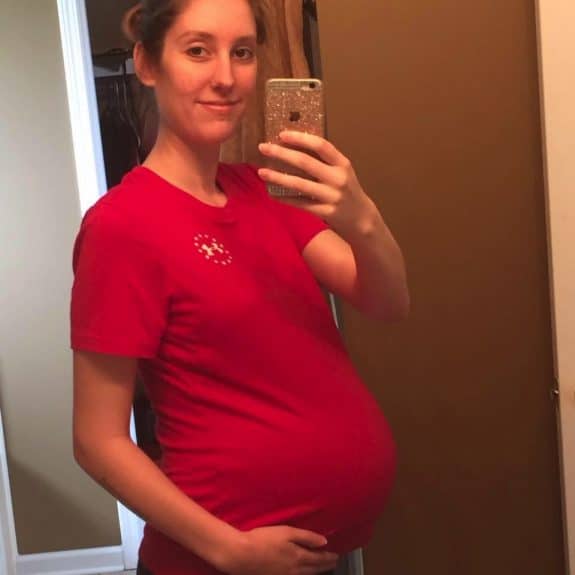 It was then that she learned she a judge would  have to get involved in order for her to be able to take her placenta after her birth.

Even though it was part of her body, once the baby has been delivered the placenta, she was considered a “third party” to her placenta and it was classified as medical waste.

According to a memo obtained by The Clarion-Ledger, state epidemiologist Dr. Thomas Dobbs said, “no hospital or other facility may release non-infectious medical waste (including placental tissue) without there first having been obtained by a court order, or other judicial mandate, which will assure proper disposal by the release.”

But Jordan was confused because the placenta belongs to her and it’s part of her body.

In order to be able to take her placenta home she would have to get a court order giving her the rights to the organ.

Jordan posted what she had been told in a Facebook group and was contacted by attorney Jacqueline Hammack.

“I told her I would love to help her out, that this was a crazy thing she was experiencing,” Hammack said. “Placenta release was a new endeavor for me but I read the law, talked to her, got all the pertinent facts and I made a petition that I hoped would be sufficient and it was.”

The pair petitioned the Rankin County Chancery County on May 2, and a judge granted the order on May 17.

“It was pretty simple but totally unnecessary in my opinion to need any of that,” she said.

“I don’t think it’s right for someone who has no experience to dictate what a woman can do with her body…he’s not a woman. He shouldn’t have a right to dictate what I can do with my body.  It’s your body part and no matter what women want to do with it, it’s their right to have it.”

Currently, Texas, Hawaii and Oregon have laws that allow women the right to take their placenta home after childbirth.

Jordan said she hopes the court order “paves the way” for other women.