A very pregnant Molly Sims was photographed leaving the Coldplay concert at the Hollywood bowl on Tuesday night. 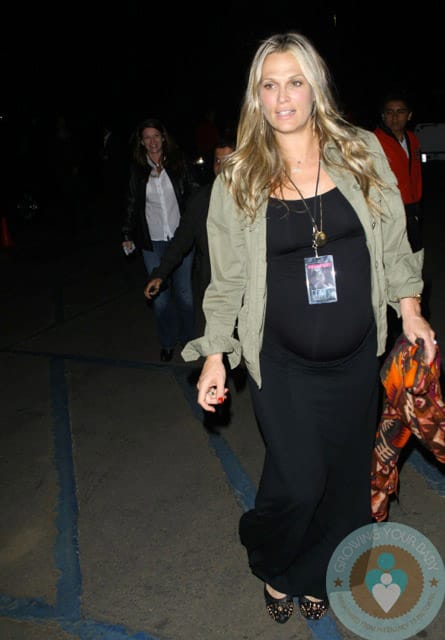 The actress, who expects a baby in June, recently told People.com that her weakness throughout this pregnancy has been desserts. She isn’t, however, stressed about the extra weight she might gain consuming them.

With babies comes sleepless nights and Molly’s body is apparently preparing her for that a little early.

Like any new parent-to-be Molly and her husband Scott have concerns, but their excitement exceeds their nervousness.

“My girlfriend was asking yesterday if I was nervous and I’m totally nervous because it’s the unknown — it’s something that you don’t know,” she explains. ”I am a little nervous about the delivery and breastfeeding. I hope I can do it, I hope we come through. I am so excited to meet him and just hold his hand.”