Molly Sims and Scott Stuber are parents!  The couple welcomed their first child, a boy, into the world on Tuesday (June 19). 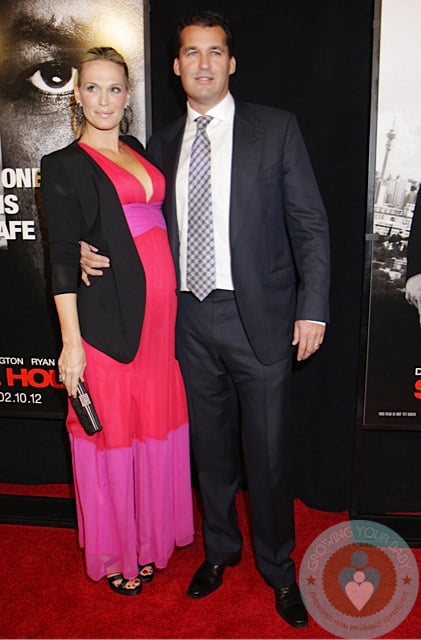 US Magazine reports that the baby boy weighed a little over 7lbs when he arrived, but no other details have been released.  The actress told Celebrity Baby Scoop last month, however, that “Asher, Quinn, and Ford” were her top 3 favorite baby names.

While she was pregnant Molly revealed that she and her husband Scott had some anxiety about the delivery, but their excitement exceeded their nervousness.

“My girlfriend was asking yesterday if I was nervous and I’m totally nervous because it’s the unknown — it’s something that you don’t know,” she explains. ”I am a little nervous about the delivery and breastfeeding. I hope I can do it, I hope we come through. I am so excited to meet him and just hold his hand.”

Congratulations to the new parents. We look forward to meeting their little man!