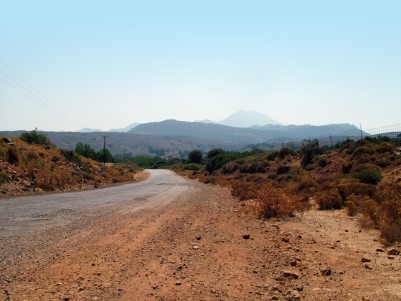 An Australian mom and baby are lucky to be alive after the car they were traveling in broke down stranding them for 27 hours in 43C-plus temperatures.

The group had set out at 8am on Tuesday for what should have been a 12-hour drive, but never made it to their destination after the car broke down. When they still had not arrived by Wednesday night, concerned relatives called police, who then set out to locate them.

About 30km from their destination, officers came across the a couple that was traveling with the mom and her baby walking along the road looking for help. They then located the rest of the missing party a further 11km away.

By the time they arrived the 27-year-old woman and her 18-month-old daughter – along with two other men, were severely dehydrated.

Acting Superintendent Darrell Kerr said the family were lucky to be alive.

“Temperatures were in excess of 43-degrees for most of the day and the group had run out of water,” he said. “If they hadn’t let someone know they were coming it could have ended tragically as no one would have raised the alarm when they failed to show up.”

Mr. Kerr offered some tips for those who are planning to travel long distances, particularly on remote roads.

“Get your vehicle checked before the trip to limit the risk of break-downs, and always ensure you have plenty of water and food, just in case the unforeseen happens,” he said. “In this case, as it turns out, there was a happy ending when they were rescued by police, but it could well have ended in tragedy.”