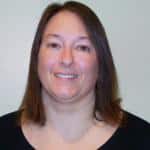 For most, the idea of raising five children with Down Syndrome might seem a little crazy. For Leah Spring, it’s been a joy, a beautiful journey, and maybe even a life-saver. You see, while raising those five children, Leah is also battling breast cancer, and it is her children that she says that have “energized” her and given her the strength to fight.

But this isn’t Leah’s first round of raising children. No, her parenting journey began years ago with her raising her own two sons, and her husband’s two sons. But then, on June 6, 1996, Leah’s life changed forever, with the birth of a baby girl named Angela.

“Angela was delivered by emergency C-section at the Waconia hospital. I’d had a lot of trouble with the pregnancy: preterm labor, placental abruption, bed rest,” Leah told Associated Press. “The day before, my doctor had told me that if she was born before 36 weeks, she’d have to be airlifted to Minneapolis. As I was on the table in surgery the next day, before Angela was even out yet, I could hear the helicopter landing. It was so surreal.”

And scary. Leah had already started to panic, just seconds after Angela’s birth.

“I didn’t hear her crying,” Leah said. “The pediatrician told me it was because they were putting a tube in her, but that she was getting pink, that she was okay.”

“As my parents and her dad stood around my bed, I asked, ‘How is she?’ and although everyone said she was fine, my dad was crying,” Leah said. “I had never seen him cry.”

“It looked like the mark of an angel’s touch,” Leah said. “I said, ‘It’s an angel kiss.’ A permanent marker of an angel. That’s the first thing that came into my mind. Seconds later, they took her away.”

And, even though Leah says she’d had no indication during the pregnancy that Angela might be born with Down’s, she didn’t cry. And neither did Leah’s own mother. If anything, Leah’s interest in caring for children with disabilities suddenly made sense.

“Caring for kids with a variety of disabilities had always been an interest of mine, from the time I was about 10 years old,” Leah, who has worked as a sign language interpreter, a special education assistant, and a group home caregiver, told Associated Press. “So at the time Angela was born, my mom said, ‘Now everything makes sense.’”

Leah had raised four boys, split up with Angela’s father, and found a new love in Dean Ellingson by the time Angela reached her teen years. It was then that Leah’s life changed yet again.

“A friend of mine was adopting in Bulgaria,” Leah said. “I went along to help. We also visited an orphanage in Serbia.”

“Before she left, I said, ‘Whatever you do, don’t fall in love with any kids over there,’” Dean, 58, who has a son of his own, told Associated Press. “We are not adopting. I’m getting too old. We have enough. [But then] she started sending me pictures of the little kids. And I fell in love.”

Dean said he didn’t know what to do, so he prayed.

“I got the answer while I was driving down the road,” he said. “I was told everything was going to be okay. I cried for 45 minutes.”

But for Leah, the answer came in the form of a question – “Why not?” she said.

In Serbia, only children that have special needs qualify for international adoption. And so, it comes as no surprise that each of her children have Down Syndrome. Because to an amazing woman like Leah, this was just another angelic sign pointing to what she had always been meant to do.

In fact, Leah says it wasn’t the Down Syndrome that they had to work with when it came to their children – it was the institutional behaviors that had resulted from the places they’d been before Leah and Dean had found them.

Their first was Axel, adopted from Serbia in 2010.

“When he came, he looked like a 4-year-old, and now he looks like a teenager,” Leah said. “He had no education at all. Nothing. He was a blank slate, and now he’s reading, and he writes obsessively. He’s fascinated with electronics, and he loves math and science. And he just loves to learn; he’s fascinated by learning.”

“When we got Asher, he was in a very dark world, his own little world. He had no facial expression. He didn’t smile. He didn’t laugh. He was just blank,” Leah said. “Now he’s a smiley, loving kid. And humor—he’s very funny. He laughs at everything. He’s all boy. He wants to run, climb, jump, and get dirty. He lives to be outside because he never got to go outside in the institution.”

“Abel was a feral child when we met him. He was absolutely like a wild animal. In the institution, he was locked in a room with other kids. He was the strongest and fastest. He’d steal food. He was aggressive, very aggressive,” Leah said. At home now, he is so calm. He has bonded with Dean. At school, our district has worked so hard in finding the right setting for him . . . They’ve bent over backward for him, and they have found the key that works for him, and now we’re seeing huge changes.”

“Audrey’s birth family couldn’t deal with Down Syndrome,” Leah said. “They placed her in the institution at birth. It was just a given. Audrey was severely neglected. She was 18 pounds at 9 years old when her foster family in Serbia got her. In the year she’s been at home with us, she’s grown three clothing sizes. She’s now 45 pounds.”

So how does this amazing family do it?

Well, according to Leah, “It’s a well-oiled system. If we’re not organized—big problems.”

It starts with breakfast, and then Dean takes care of bus duty. Morning hugs are worked in, just before they leave. But they’re always reminded to give gentle ones.

Leah’s chest and arms are hurting from tissue expander surgery she recently had—surgery that is related to breast reconstructive surgery.

That’s right! This amazing mother has just been through a mastectomy, is currently undergoing a five-year chemotherapy regimen, and is now receiving breast reconstructive surgery. And all to aggressively deal with breast cancer that was, thankfully, detected quite early.

Her prognosis is good, and she says, in a way, her children are the reason.

“I am more active now than I have ever been,” Leah said. “We’re go-go-going all the time. I feel energized by motherhood and by seeing the changes in the kids.”

And the cancer has even helped to bring her family closer together. In fact, her son, Tyler Harazin, now 26, says that he’s now able to see his growing family in a different light.

“At first I wasn’t for it,” Tyler told Associated Press. “But after the cancer scare, even though I have issues with letting things go, I had to step outside of myself, pull my bootstraps up, and do what I needed to do to make sure my family was okay. That meant making sure my mom was okay, helping out more with the kids, accepting the kids. A year or so later now, things are a bit more relaxed.”

And he’s realized something very important.

“Is it really up to me to say, ‘Hey, I don’t like this situation. You should have just stayed tied to your crib your entire life and suffered.’? No, it can’t be like that. We all have opportunities to help out in certain situations, and this is my mom’s opportunity. If she is here to do that, who am I to stop her? I’m going to support her.”

And it seems that even outside the family, everyone clearly sees that being mom to these children is exactly what she was meant to do. Kathie Brinkman, a family friend, also has a daughter with Down Syndrome, and she has watched those children blossom in Leah’s care.

“She and Dean are absolutely committed parents. They don’t take themselves seriously, but they take parenting very seriously. They are the type of people who should adopt,” Kathie told Associated Press. “This is Leah’s gift. She’s been called to motherhood.”