When Ronja Wiedenbeck, was rushed to hospital with extreme abdominal pain she sent out a plea to the other moms in the ‘Breastfeeding Yummy Mummies’ Facebook group from her hospital bed, asking if any women were able to help feed her hungry son.  Not knowing if anyone would come to her aid, she was pleasantly surprised when a over a thousand mums offered to help her! 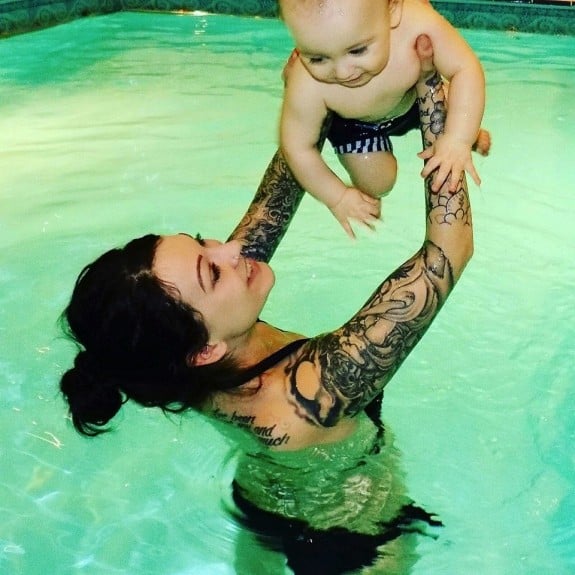 “I was pumped full of morphine and it seemed instinctive for someone to feed him in a way that he has been used to and he’s comfortable with.  When he was about to be fed by the first lady he looked over at me, almost to ask for approval, it filled my heart with such joy and massive relief.  I’m so grateful and totally overwhelmed with the response to the message.”

Ronja’s 11-month-old baby, Rio won’t drink milk from a bottle or formula and is transitioning to solid foods so having these mom’s come forward was a blessing for her as she recovered.

One woman arrived within an hour of her plea, and during her stay in hospital last week, five different women fed Rio – with two even taking him home to nurse him throughout the day. 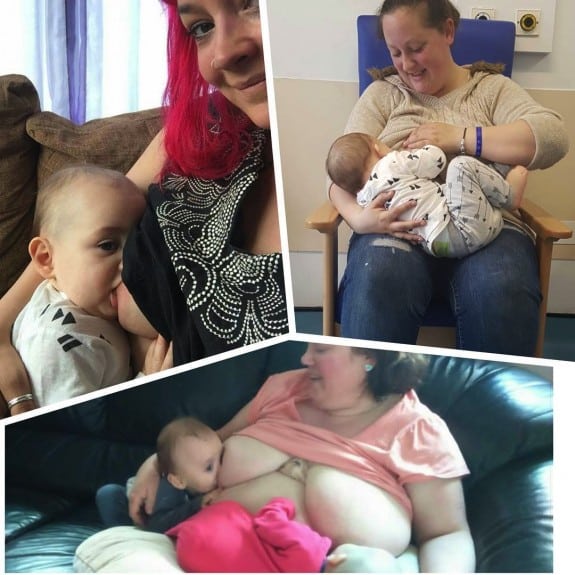 ‘I thought Rio would look over at me and be like ‘mum, I’m not doing this’ but as soon as she picked him up he was tugging at her top.  He looked at me as if looking for approval, and I said ‘go on Rio’ and he latched on brilliantly.  It was incredible.  I thought it might feel unusual because it is something special that only Rio and I had shared, but it just felt totally instinctive for another mum to help him in a way he was used to.’

Michelle, one of the moms who stepped in to help said,
‘When I saw the post I thought ‘poor baby’. I wanted to help because I would never see a baby go hungry.  I am constantly pumping off excess milk so it was nice for it to go to a baby.  I was a bit nervous that he might cry and not latch on, but he didn’t mind whose boob it was – as long as it was a boob!  It’s amazing to hear the amount of people who have helped or offered to help Ronja – that’s mummy power for you.’

Ronja is now at home and able to able to resume her mommy duties.  She told the news agency she that thankful for the support the moms in her community gave her. ‘There are so many negative stories out there about breastfeeding it is so heart-warming to have witnessed the support I have had.  People might feel it is unusual but wet nurses used to be much more common, and I hope I have shown other women that it is an option.’

Friends have set up a GoFundMe page to help Ronja give back to the moms who stepped up to help her.