Raheem Stover and his wife, Qiana Stover have always celebrated the New Year a little different than most folks . . . because both of their birthdays fall on January 1st. But with the birth of their baby girl–also born on New Year’s Day–they’ll have even more to celebrate. 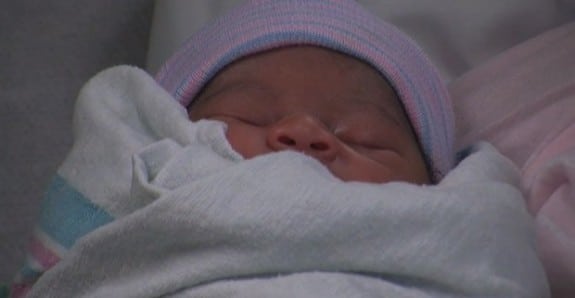 Their baby wasn’t actually due until January 10th, but around 5 a.m. on New Year’s Day, Qiana’s water broke. Raheem rushed his wife to the UH Case Medical Center in Cleveland, Ohio. And in less than three hours, Raheem and Qiana were the proud parents of a beautiful baby girl. The couple decided to name her Autumn, after their favorite season. 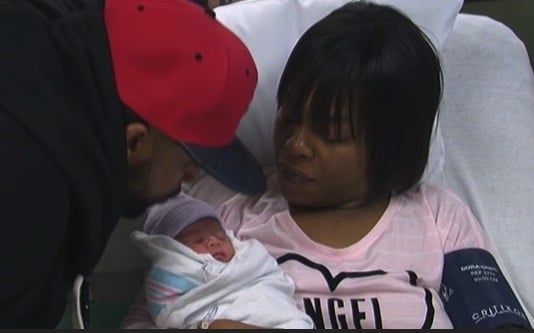 “I’m still in shock about the whole thing,” Raheem told ABC News. “All of us share the same date together is really unbelievable . . . It didn’t all sink in until afterwards. And it’s New Year’s.”

Unbelievable is right! But this family is taking it all in stride, and they say they are looking forward to next year’s festivities. They’ll even make sure that everyone gets their own cake. Raheem says that he likes chocolate, but his wife doesn’t. And as far as baby Autumn is concerned, he says they’ll just have to wait and see.

A huge congratulations to this couple on the birth of their baby girl, and may they enjoy more cake than they can eat next New Year’s!