Chelsey Russell and her family were enjoying a relaxing summer week cruising Lake Powell – the reservoir straddling the Utah/Arizona border – on a houseboat. On board for the week with the recently-divorced 35-year-old mom were her mother, her brother, and her two young sons ages five and two. 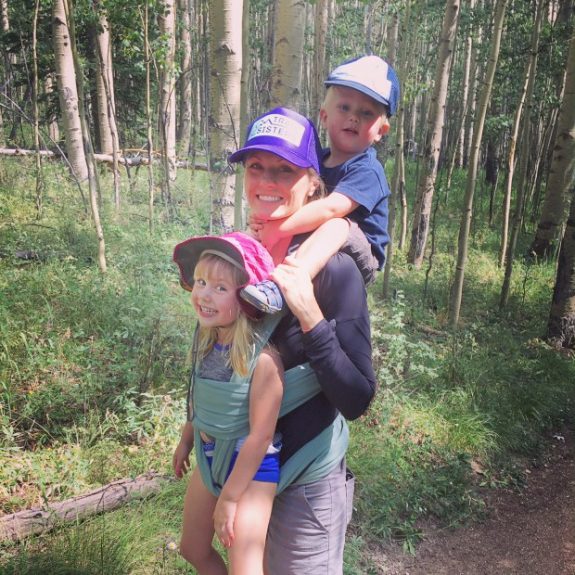 Cruising the miles of smooth water on Tuesday morning, the houseboat was moving at about 8 miles per hour past the red rock formations that surround the reservoir. Suddenly, the two-year-old fell into the water.

Moving fast, Russell dove in and swam toward her child, reaching him before he slipped below the surface. Chelsey propped him onto her chest and held his head above water. Neither was wearing a life jacket.

The houseboat puttered a “significant distance” beyond the pair before those on board could kill the engine, according to the San Juan County Sheriff’s Office who investigated the accident. Chelsey’s brother Cayman Hood jumped in to help, but realized the pair was too far away. Hood swam back to the houseboat to retrieve the small motorboat they were towing. The knots tethering that boat were tied tight, and Hood lost valuable time trying to free it before cutting them with a knife.

It took at least five minutes to reach the pair, and when Hood got there his sister was still holding her son, but was unconscious. Chelsey’s body was limp when her brother lifted her into the motorboat. The toddler was conscious and crying.

Life-saving CPR was given immediately and continued for an additional 30 minutes at Hall’s Crossing Marina, but Chelsey Russell never regained consciousness and was pronounced dead.

Local law enforcement seems awestruck at Chelsey’s sacrificial act to save her son, and they can’t explain how she was able to keep the toddler on her chest while unconscious.

Her family knows how tough she was.

An attorney for Denver law firm Welborn Sullivan Meek & Tooley, she was an active volunteer for the American Heart Association of Denver who had run 100 miles through the Rocky Mountains and completed the Boston Marathon twice. She sat for her bar exam just two days after giving birth, and she was comfortable in the water.

She also had a lifelong heart condition. And that was ultimately why she couldn’t save herself.