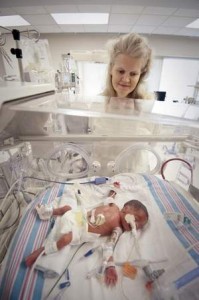 The more the merrier?  A Mississippi family that was preparing to welcome triplets was shocked when a fourth baby appeared during the delivery.

Kimberly Fugate was thought to be pregnant with identical triplets until an extra little one was discovered on February 8th.

The baby girls were born prematurely at 28 weeks gestation by c-section.

Even more surprised was Kimberly’s husband. When he walked into the recovery room to see his wife, she held up her arm which had with four plastic identification bracelets on it and told him to count. 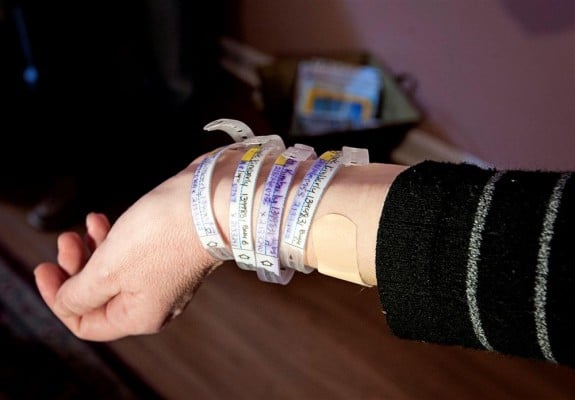 Dr. James Bofill, professor of maternal fetal medicine, said the odds of spontaneous quadruplets are 1 in 729,000. But in the Fugates’ case, the odds are even smaller because their girls split from a single egg, meaning the siblings are identical.

“Those odds are incalculable,” Bofill said

The new babies will join the Fugate’s older daughter 10-year-old daughter, Katelyn.  They’re not expected to be released home until May.

“Typically, when babies are born prematurely, doctors tell the families to expect them to stay in the (neonatal intensive care unit) until their original due date, which in this case would be May 2,” said hospital spokeswoman Jennifer Hospodor. “It is possible that some or all of the girls would be stronger enough to go home before that, or have to stay longer. It depends on how they develop over the next 12 weeks.”