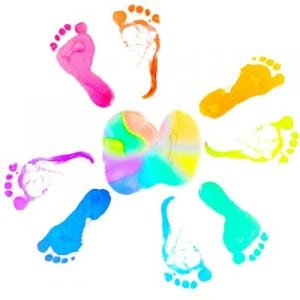 Welcoming twins into the family seems to have become a habit for one couple. On Thursday Yesika Piquet gave birth to Lucia and Emilia, her third set of twins at the Redlands Community Hospital.

Yesika and her husband Bruce are already parents to two set of twins Sofia and Natalia, 4, and Isabella and Marcus, 7. Joining them are the baby girls who were born after a scheduled c-section.

The Piquets had been trying for a baby for quite a long time, but were not successful. Doctors then suggested fertility treatments to the couple. But the two decided to go for adoption.

They began working with their church’s private adoption agency – LDS Family Services, and within days were surprised to learn that Yeskia was expecting. What added to the happiness was the fact that she was to have twins.

Isabella and Marcus were born at the Redland Hospital seven years ago. As the couple welcomed their second and their third set of twins, their bond with the hospital stuck too.

“(The first set) we found out they were twins with an ultrasound, but we had no reason to expect that they would be twins,” said Marcus. “The second set we were even more surprised.”

Added Yesikaa, “With the third we just kind of laughed.”

They feel that the hospital staff had a great role to play in ensuring that each delivery was safe. Marcus also says that the coincidence of having three set of twins is God’s gift to the family and they cannot take credit for that.

“I guess the `log jam’ broke, and after the first four years of difficulty, we didn’t have that trouble anymore,” Marcus joked.

The two have received lots of support from family and friends, including one couple who also have multiple sets of twins. These parents gave the Piquets one particular advice and that was to always have a schedule.

“I think that was the wisest thing anyone has ever told us,” Yesika said. “And after that, everything (remained) the same… you know how to carry them, you know how to handle both.”

Now the family is looking forward to go shopping for the newest additions to the family as most of the previous baby clothes were given to one of Yesika’s cousins in Mexico.

They have also been showered with gifts from fellow churchgoers.

“We were worried that there would only be one this time and we wouldn’t quite know what to do – we’d be fighting over (the one),” Marcus said.