Home » Mom of Down Syndrome Twins: Nothing to Fear

45-year-old Julie McConnel from Nampa, Idaho, already had four children when she became pregnant last August. She and husband Dan, age 46, hoped that the new baby would be a little sister for their youngest child, 3-year-old Andy.

The first surprise was finding out Julie was pregnant with twins. The further news she called “devastating” came when doctors told the couple that the babies had Down’s syndrome. 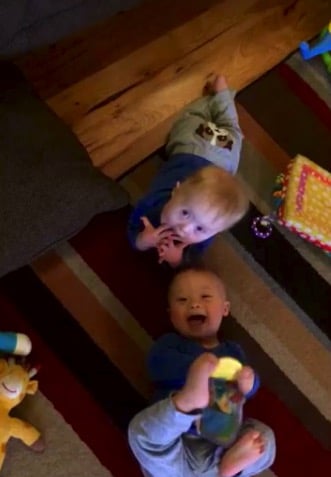 Julie knew the likelihood of having multiples or a child with Down’s syndrome would be greater because of her age. Finding out it was twins with Down’s syndrome made her “distraught” and she even considered putting them up for adoption, because she feared that she and Dan would be unable to care for two children with special needs.

She shared her story now that her boys have been born to help others understand that having a child with special needs is less scary than many might think. With the birth of Charlie and Milo, she’s learned a lot and “has more compassion than ever before.”

Julie had three children from previous marriages when she met and married Dan. After they had Andy, the couple realized that they wanted another child. But they were also aware that at Julie’s age things might not go as planned.

Because the couple was aware of their increased risk, they decided to do prenatal testing at 11 weeks. The test can tell with an accuracy rate of about 99% whether your child has Down’s syndrome.

Although the test was positive, doctors were unable to tell if one or both of the babies was affected. The couple decided to have amniocentesis at 15 weeks, a procedure where doctors go through the abdomen with a needle to extract a DNA sample from the amniotic sac. As invasive as the test is, this couple wanted to know what they were facing.

The ultrasound had already shown several potential problems: spots on the baby’s hearts and extra fluid build-up. The new results two weeks later confirmed that both babies had Down’s syndrome.

Julie remembers that was “a terrible day” and that the months after were very stressful.

Now that the babies have arrived, the stress is gone and this couple says that their sons are “living proof” that there’s nothing to fear.

“Everywhere we go” says Julie “people love the boys because they are so special. They’re just the bomb, and they are exactly the way they’re supposed to be.” 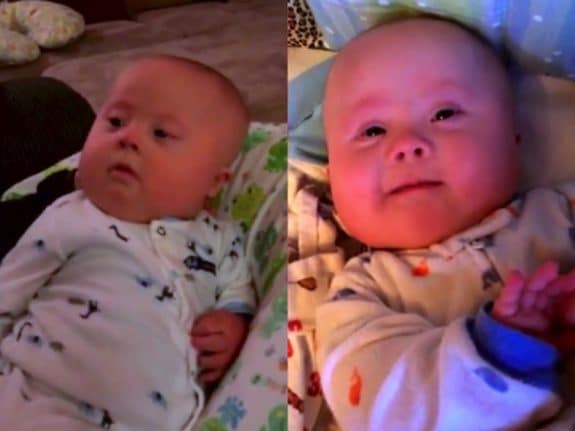