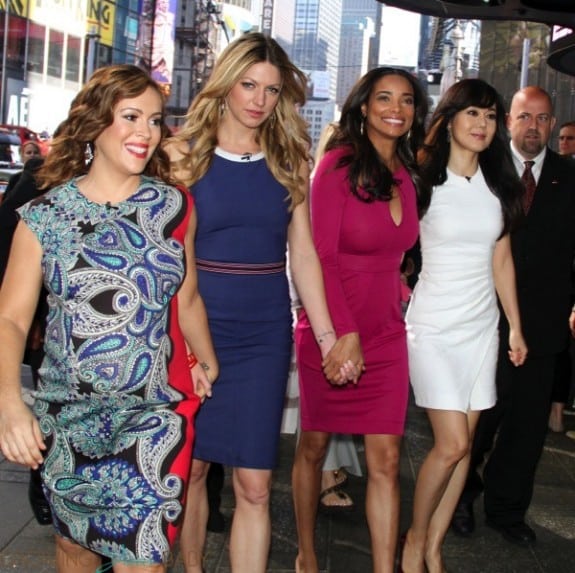 Pregnant with her second child, a girl, Alyssa showed off her growing baby belly in a blue paisley with red contrast Lanvin shift dress.

Almost in her third trimester, producers of the show will have to get creative to hide Alyssa’s growing tummy as they film the second season of the show. 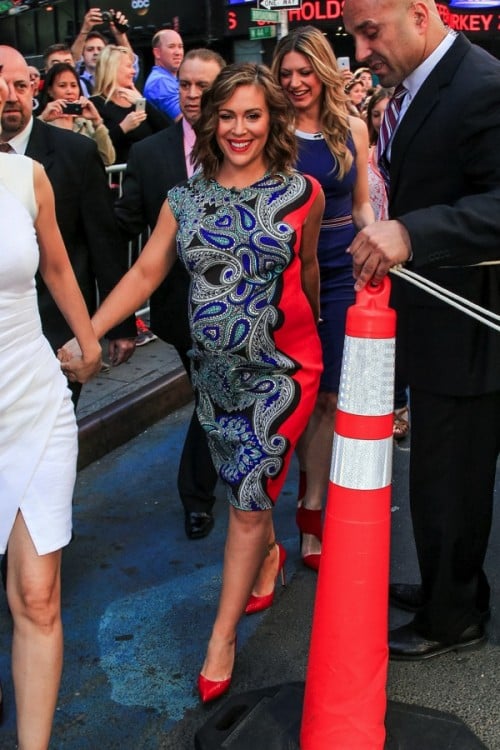 The first season was 13 episodes, but it has yet to be revealed if the second season will be cut short to accommodate Alyssa’s pregnancy.