Mom-to-be Jenna Fischer was photographed out for a morning stroll over the weekend, wheeling her two-year-old son Weston, in a Radio Flyer wagon, around Glendale, California. 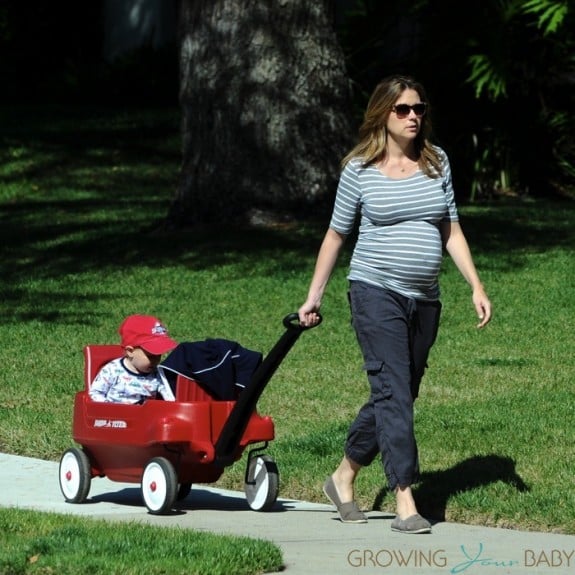 The 40-year-old actress showed off her growing belly(and outie!) in a grey striped shirt, which she paired with capri pants and TOMS flats. 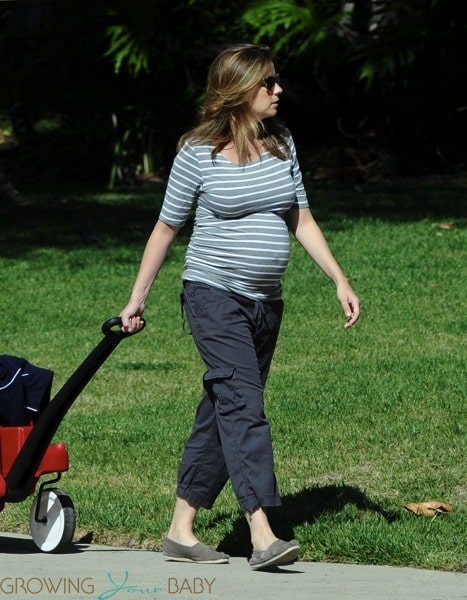 About 6 months along, Jenna tweeted on Friday,

“So I’m pretty sure the crazy nesting phase of my pregnancy has kicked in. Yesterday, I dusted the pipes in my basement.”

Best known for her role as Pam Halpert, Jenna has two new movies in the can; You Are Here, due out in April and  Kiss Me, directed by longtime pal Jeff Probst, as well as a short titled, It’s Okay.

With nothing else on the horizon, the break will give her some time to spend with her babes!