Liv Tyler was beautiful in a blue floor length dress as she walked the blue carpet at The 21st Annual Critics’ Choice Awards, which was held in the Barker Hanger at the Santa Monica Airport, California. 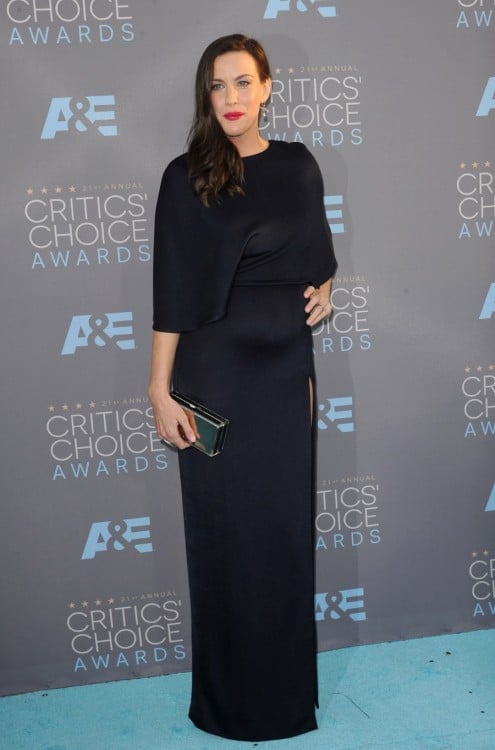 The appearance was a first for the actress since announcing she is expecting her third child. Not holding back, Liv showed off her toned legs through a deep slit in the side of the dress. 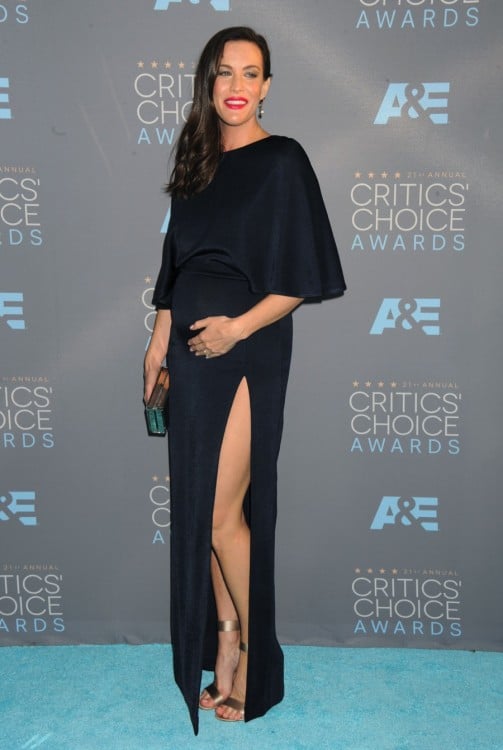 The 38-year-old actress was on hand to present an award and also support her series The Leftovers, which was nominated for Best Drama Series.

On Friday photographers caught the star leaving her home headed for the airport dressed a little more casually. 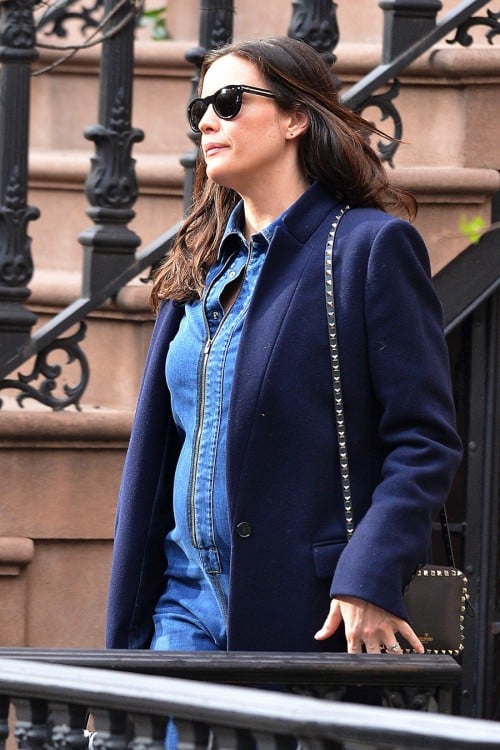 While no date has been given for the new baby’s arrival, Liv is thought to be in the second trimester, which means her child may arrive in May or June.