Liv Tyler was beautiful in an electric blue belly hugging gown while on the red carpet at the 19th Annual Elle Style Awards, that was held at London’s Tate Britain on Tuesday night February 23rd, 2016. 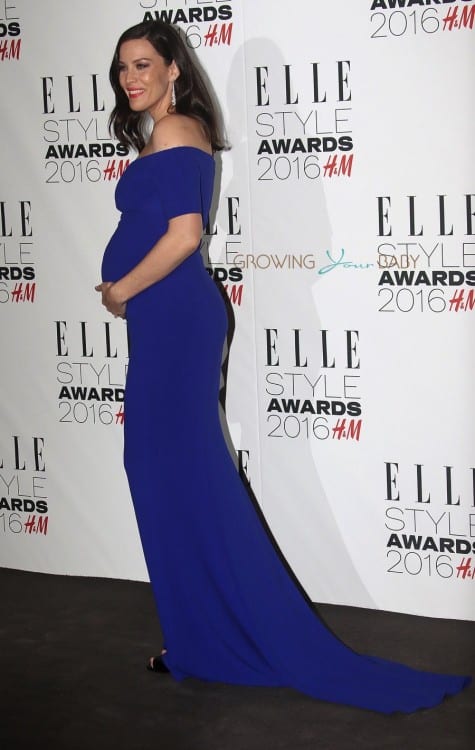 The actress, who currently stars in HBO’s Leftovers, was in attendance at the award ceremony to collect her TV Actress Of The Year award. 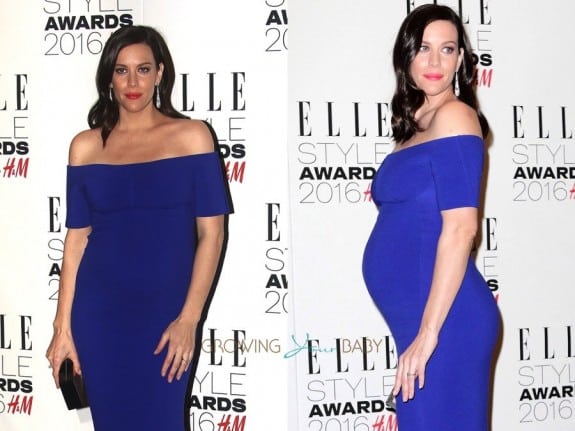 Karlie Kloss and Ellie Goulding shared a sweet black and white photo of themselves with Liv and Stella McCartney at the event. 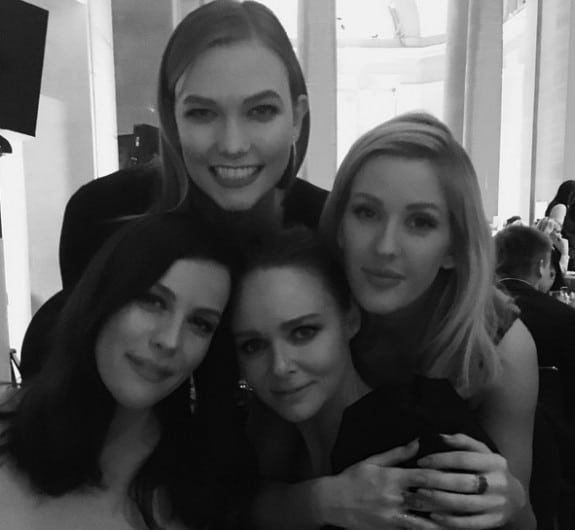 Stella McCartney shared a more candid shot of the moment. 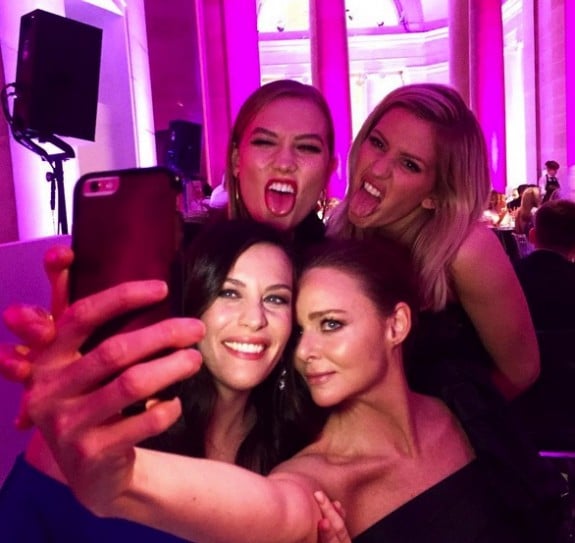 Liv is due to give birth this Spring with her third child.  Liv is already mom to Milo with ex-husband Royston Langdon and Sailor with her fiancé Dave Gardner.