Angelina Jolie was spotted yesterday leaving a theatre in London after treating her whole crew to a private screening of the new Harry Potter movie. 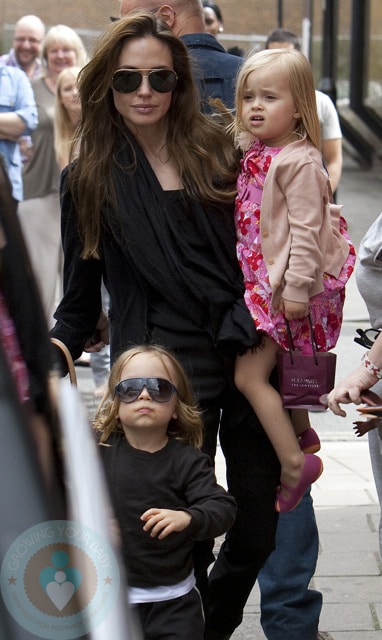 The older 4 children(not pictured) Maddox, Zahara, Shiloh and Pax exited the theater first, followed by Knox and Vivienne, who was carried by her mom.

US Magazine reported that the Jolie-Pitts “bought a lot of food” for their afternoon at the movies. “All the kids had hot dogs, and they had popcorn and drinks. They looked like they had a great time!”

The family is in London while dad Brad Pitt films his new movie World War Z.