Any mother can tell you that the sound of her baby – or any baby for that matter – triggers a response. Perhaps it is a flow of breastmilk, or the uncontrollable urge to pick the baby up. Whatever the response, science now has reason to believe that it may be similar for all of us. More than that, our responses to a crying baby could be hardwired into our brains. 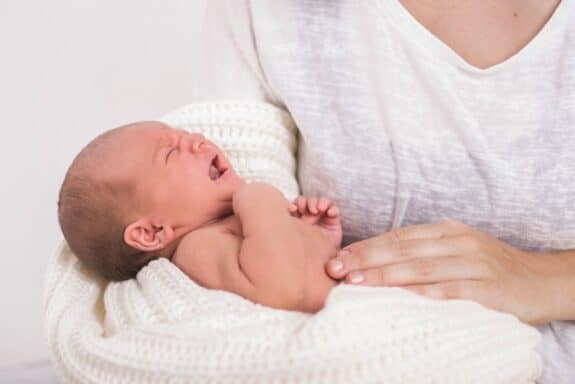 Published in the journal Proceedings of the National Academy of Sciences, the study examined the brain and behavior patterns of mothers across 11 different countries and cultures. What they found suggests that a crying baby activates areas of speech and movement in our brains.

During the initial phase of their study, researchers recorded the interactions between mothers and their infants for an hour. The team looked for signs of nurturing, distraction, affection, and talking. For example, nurturing the baby could include feeding or changing the baby’s diaper. The researchers also looked at how frequently the mothers picked their babies up.

Mothers did engage in other behaviors, of course, but these two actions seemed to be the most “preferred, rapid, and robust” interactions between mom and baby.

This knowledge gave way to the second phase of the study, in which mothers from three different countries were asked to lay in an MRI scanner and listen to different sounds, including the sound of a crying infant and their own baby crying. Data “revealed enhanced activity in concordant brain territories linked to the intention to move and speak, to process auditory stimulation, and to caregive.”

Dr. Bornstein did admit that there are some limitations to the study. For example, the mothers selected may not be representative of their entire nation, and the mothers whose brains were recorded were different than the ones that were observed during interactions. Still, it does give us some insight on “normal” parental response, which could help us pinpoint when and perhaps even why some mothers struggle to bond with or care for their babies. There is even the possibility that the study could help in situations involving postpartum depression, but only time will tell for certain.