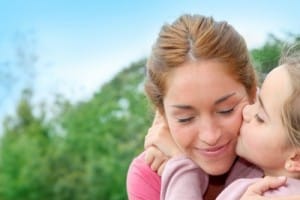 Here is something to ponder about for moms of boys. Researchers have found that women who had sons lived almost eight and a half months less than women who had daughters. Strangely, the gender of the child did not make any difference in the father’s life expectancy.

The research, led by Dr Samuli Helle of the University of Turku in Finland, was published in the Royal Society journal Biology Letters. The team found women who had a number of sons lived a shorter life as compared to moms of daughters. This was regardless of their social or financial status.

For the unusual study the team looked at the post-reproductive survival of more than 11,000 mothers in pre-industrial Finland from parish records kept by the Lutheran Church.

The data consisted of historical records of individuals born in eight different Finnish parishes, covering the 17th to 20th centuries. It was a time when society was still agriculture based and most mothers did not have access to modern birth-control or medical care.

Dr Helle said that a mom to six sons survived for a further 32.4 years on average after the birth of her last child, while a woman who had daughters could expect to die 33.1 years after her final labour.

‘The research shows the more sons you have the lower post-reproductive survival was. Biologically, there is a bigger cost associated with having a boy than a girl, so that is one explanation for the shorter lifespan.’

He also added that moms of daughters also had an additional longevity probably because of the social and cultural support given to them by their daughters.

The researcher was quick to point out though that such difference might not be seen in modern British women as the family size had reduced and also because of better medical care.

He added that in the developing countries the phenomena could still be seen.

The study also found that such difference in life line was not expected in case of fathers as there was a biological reason why mothers of sons lived less.

According to one theory, it was because of more testosterone in the bodies of women expecting boys. The hormone weakened the immune system. Boys also grow faster in the womb and are usually heavier to carry, placing more strain on the body.

In a study by the University of Manchester earlier, it was noted that women who had child later in life around their 30s had a longer life than those who became pregnant younger.

The reason suggested was the extra release of estrogen during pregnancy.

Estrogen naturally declines in women over 30, but large amounts are released during pregnancy. It helps keep skin, hair, bones and blood vessels healthy, and protects against osteoporosis. This can therefore help them retain their health longer.

Now we at least know, even inside the womb, boys can make a mom tired a lot more than a girl!