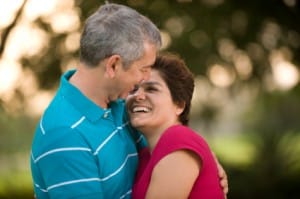 Raising a child is no easy task, as many parents would agree and the bigger the family, bigger the challenge. But once the kids have grown up and the parents are in their 40s or beyond, a larger family brings more happiness, reveals a new study.

The study published in the March issue of the journal Population and Development Review was conducted by the Max Planck Institute for Demographic Research in Germany. It found that contrary to previous researches that showed that raising kids is psychologically tough for parents, in later years, the more children parents have, the happier they are.

“Children may be a long-term investment in happiness,” study author Mikko Myrskyla said.

The research is based on a survey conducted on 200,000 men and women in 86 countries including United States, Russia and China. It was conducted over 24 years between 1981 and 2005.

The study also found that the results remained constant regardless of the sex of the child, income or the partnership status.

The researchers acknowledged the fact that couples who chose not to have children might have different criteria of happiness not necessarily related to kids. But on further analysis of parents they concluded that in the later years of life, happiness of any person whether parents or childless was always related to the children they had and the more kids; the greater the happiness.

Previous studies have always somehow shown that parents become less happy with every child. But the study author noted that the results are strongly based on the age of the parent.

“Seeing the age trend of happiness independent of sex, income, partnership status and even fertility rates shows that one has to explain it from the perspective of the stage of parents’ life,” Myrskla said.

The researchers explain that as children grow up they become independent and need less care than before, thus reducing their parent’s stress level. Also, adult kids may support their parents in old age. Therefore, it is natural for parents to feel happier as they age and their children grow up.

It is especially true for countries like Russia, Poland and Hungary where parents rely more on their kids for financial help rather than government aids.

In countries where there are well-developed welfare systems, the study found that the difference in happiness between childless couples and parents are negligible. Like, in western Germany, Switzerland and Austria, the study found, adults are similarly happy whether they have children or not. – Atula, Staff Writer