Home » More Than 4,000 Children Injured by Amusement Parks Each Year 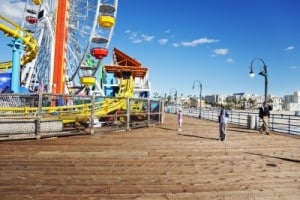 With the summer fast-approaching, families will be heading out for carnivals, theme parks, amusement parks and malls. At each of those locations, children will hop onto roller coasters, bumper car rides, and carousels; more than 4,000 of them will likely suffer from some sort an injury, a new U.S. study says.

Conducted by scientists in the Center for Injury Research and Policy of The Research Institute at Nationwide Children’s Hospital, the study looked at all injuries to children caused by amusement park rides from 1990 to 2010. During that time, 92,885 children under the age of 18 had received care at an emergency department in the U.S. for an amusement ride-related injury. That breaks down to 4,423 injuries per year, over 70% of which occurred during the summer months (May through September).

Observations found a low, overall percentage when it came to injuries requiring hospitalization. However, “during the summer months, May-September, there is an amusement ride-related injury that is serious enough to require hospitalization once every three days, on average,” researchers said.

Three major types of amusement rides were included in the study: fixed rids (amusement park rides), mobile rides (rides at fairs and festivals), and mall rides (rides at local malls, stores, restaurants and arcades). Of the three groups, mall rides proved to be the most dangerous.

Nearly 75% of the injuries sustained at mall rides included some sort of fall (falling into, on, off or against the ride). What’s more, these injuries were more likely to result in head/neck or face injuries, concussions/closed head injuries, and cuts than other amusement rides. Scientists explained that the likely reason for this may have something to do with the fact that these rides are “placed over hard surfaces and may not have child restraints, which contributes to the injury risk.”

“Injuries from smaller amusement rides located in malls, stores, restaurants and arcades are typically given less attention by legal and public health professionals that injuries from larger amusement park rides, yet our study showed that, in the U.S., a child is treated in an emergency department, on average, every day for an injury from an amusement ride located in a mall, store, restaurant or arcade,” study author Gary Smith, MD, DrPH, director of the Center for Injury Research and Policy of Nationwide Children’s Hospital told Medical News Today. “We need to raise awareness of this issue and determine the best way to prevent injuries from these types of rides.”