Home » Morning Sickness May Be Linked To Healthy Pregnancy 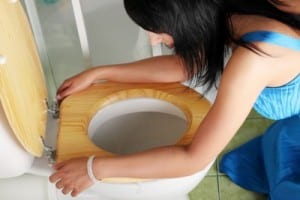 Morning sickness is an unfortunate symptom of early pregnancy that many women experience to some degree. A new study may show that women who have morning sickness are less likely to miscarry during the early weeks of pregnancy.

Researchers, lead by Dr. Ronna L. Chan of The University of North Carolina at Chapel Hill, studied women during the early weeks of their pregnancies to find a connection between morning sickness and pregnancy health. More than 2,400 women participated in the study, which noted the presence or absence of morning sickness as well as how long it lasted for each woman.

“Our study had several advantages over some of the earlier studies because we recruited pregnant women very early in their pregnancies or when they were trying to become pregnant, so we were able to follow them over the course of their pregnancies and collect data regarding the timing and occurrence of nausea and vomiting early on,” the researcher explained.

Despite this potential connection, the researchers are not entirely sure why this may be. Chan suspects it is due to women being sensitive to the sharp increase in hormones during early pregnancy. However, morning sickness can also be different for different women, and different pregnancies.

“Not all pregnant women who go on to have successful pregnancies experience nausea and vomiting early on or at all,” she said by e-mail. “In addition, pregnancy symptoms can vary from one pregnancy to the next, even for the same woman.”