Usually a sure sign that your are pregnant is Morning Sickness. Occurring usually between the weeks of 4 and 12 of your pregnancy, morning sickness can strike at anytime. It is believed to be an increased amount of hCG(human chorionic gonadotopin) in your body. hCG is produced after implantation and increases until around the 12th week of pregnancy.

Another possible cause is that progestorone, a dominant hormone during pregnancy, relaxes the workings of the whole digestive track which makes the elimination of bodily wastes slower. This can lead to a slow emptying of the stomach which leads to excess stomach acids.

While I never got morning sickness the poor girl in the bed beside me after I had my son had it bad. She was pregnant with triplets and couldn’t keep anything down – not even water. She was so bad that the hospital had put a PICC line into her arm so that she would continue to get nutrients through TPN.

There are many products on the market that claim to help with morning sickness. Preggie Pops(vitamin b6 and sucrose), seabands that use natural pressure to control nausea and even morning sickness CD’s which contains specific tones, frequencies and pulses concealed by an overlayer of music. Ginger has also been mentioned as possible relief stating it reduces vomiting by 63%. Hence the reason your mom used to give you ginger ale when you were sick. 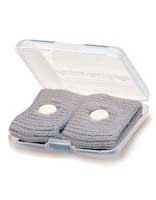