Home » Mother Arrested for Drinking while Breastfeeding, Waitress Fired for Reporting It

Tasha Adams, a 28-year-old mother of three, was arrested after breastfeeding her daughter in a restaurant. But it wasn’t the breastfeeding that landed her in jail – it was the fact that she had been drinking during that very same meal. Jackie Conners, the waitress who reported the incident,  which cost her, her job. Both have very different recounts of the events that day. 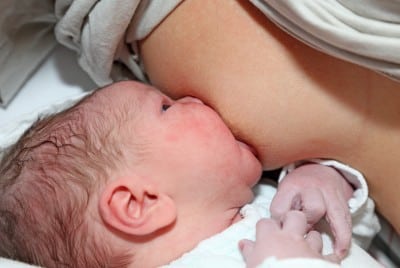 Tasha had been with her parents the evening of her arrest. They had just attended the funeral of a family friend. Baby Ana (six months at the time) had been brought along because she was being exclusively breastfed.

“I did drink. I did breastfeed. I didn’t know it was illegal. If I knew it was illegal, I wouldn’t have done it,” Tasha told ABC News in her first on-camera appearance. “We had a pizza, and then we had a big old thing of spinach dip. Then I had a beer with that, and then I had another later on after.”

All in all, Tasha says she had two beers over the course of an hour and a half. But Jackie Conners, who was off-duty at the time, tells a very different story.

Jackie had shown up early to work that day for an after-hours staff meeting. She says that Tasha wasn’t drinking beer, and had definitely had more than just two drinks.

“They looked like they were having a good time, just drinking. Things started getting louder and louder, and then the baby started getting fussy,” Jackie told ABC News. “There were several drinks in front of her, about…two or three drinks in front of her already, when I got there. I watched the bartender make them, looked like Long Islands. But regardless if it was that or not, then it was strong liquor that was in those glasses.”

Jackie reported the mother’s drinking and breastfeeding to the restaurant manager, but the manager had already made the decision to not cut off the breastfeeding mother. Jackie called her mother, asking what to do next, and then called the police.

“And then they said, ‘Ma’am, we’ve got a report that you were drinking alcohol while breastfeeding,” Tasha told ABC. “I said, ‘Ok, I didn’t know that was illegal.’”

Tasha is correct; nothing in Arkansas law bans drinking while breastfeeding. But after telling officers that she’d had two beers, the Conway police made a judgment call. Tasha was told to call a sober family member to pick up her daughter and was immediately arrested for endangering the welfare of a child.

“I can’t believe this, you know,” Tasha said. “I’m so…I’m more worried about my kid, because I even asked them, I said, ‘Can I bring her with me.’”

Tasha says that she is very cautious about breastfeeding and, at the time, Ana had never had formula. She also stands by her statement of not being drunk at the time.

“If I’m drunk, I feel, you know, that I’m not able to take care of my kids,” Tasha said. “I’ll say it till the day I die. I was sober enough to breastfeed my kid…I wish they would’ve given me a Breathalyzer so it could be proven.”

But Conway police told “20/20” that Breathalyzer tests are only given to suspected drunk drivers. The fact that they didn’t check her blood/alcohol level may also be the reason why Chuck Clawson, the deputy city attorney for Conway, Ark., dropped Tasha’s charge of child endangerment. He says they didn’t have enough evidence to prove she’d had too much to drink while breastfeeding her daughter.

“Conventional wisdom will say that breastfeeding is best for both the mother, and the baby and that moderate consumption, which really means once in a while to consume a drink, probably will not do any harm for the baby,” Jennifer Ashton, a practicing OB/GYN told “20/20.” “But we have to remember that alcohol is a toxin. It’s especially toxic to the newborn’s brain, to the developing brain.”

But breastfeeding moms don’t have to completely forgo the occasional drink. They do have some options that could eliminate all risk to their breastfed babies, Ashton says.

“You have the option of pumping in advance, pumping and storing milk, or saying at the last minute, ‘You know what, I want to have a fun night tonight. I’m going to drink probably more than one drink, and for the next six hours, I’m going to give my baby formula.’”

The mother can then do what is known as “pump and dump.” Because the milk stores are potentially full of alcohol (and because skipping milk expression can be painful), you can pump what would be a normal feeding and then toss it down the drain. In a matter of just six hours after your last drink, your milk should be safe again.

As far as who’s right or wrong, it’s really hard to say. On one hand, you have Jackie who still believes that she did the right thing, even though she ended up losing her job over it.

“If I was ever in that situation again, I would still do the same thing, because that baby can’t speak up for itself,” Jackie said. “No one else was doing anything. Even if I knew my job was on the line and it was right around the holidays, I would do it again.”

Then, on the other hand, you have Tasha. While she’s still adamant that she did not put her daughter in danger, she says can also sort of see the situation from Jackie’s point of view.

“Whether it was right or wrong in my eyes is different, you know, but if she really thought my baby was in danger, you know, maybe she done the right thing,” Tasha said.