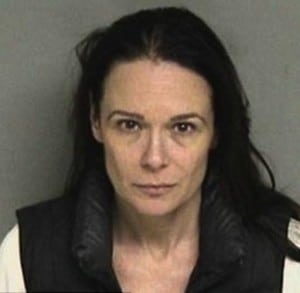 While her profile sounds great, in theory, it appears that this mother made a pretty big mistake. Facing two charges of child endangerment, it is said that Nejat left her 11-week-old twins, unattended, in her vehicle for as long as 40 minutes while she shopped at a mall in Pleasanton, California.

According to authorities, another shopper had discovered the twins while walking through the parking lot. She said she could hear cries coming from inside Nejat’s Cadillac Escalade. Seeing no adult in the front seat, the unnamed woman peeked in through the tinted windows. Inside, she saw two infants, strapped into the car seats, but no adult. The woman then alerted the police.

“She kind of did a double take when she first heard this,” Officer Larry Cox from the Pleasanton Police Department said about the witness, also a mother, who heard the infants crying. “As a parent, you know the difference between an infant cry and the cry of an older child.”

Nejat would return to her vehicle before officers arrived, but security was there waiting for her. They had been waiting since shortly after the call to the police. And much to her dismay, she was told to wait there in the parking lot for police officers to arrive. According to officers, she was very compliant and did, in fact, wait for the officers to arrive on the scene.

After Nejat’s husband, Frank, arrived to take the children home, Nejat was taken into police custody. She did not appear in court for her pretrial hearing, but her attorney has entered a plea of not guilty on her behalf.