Myleene Klass and her husband Graham Quinn were spotted yesterday in Barbados enjoying some fun in the sun with their daughters Ava and Hero. 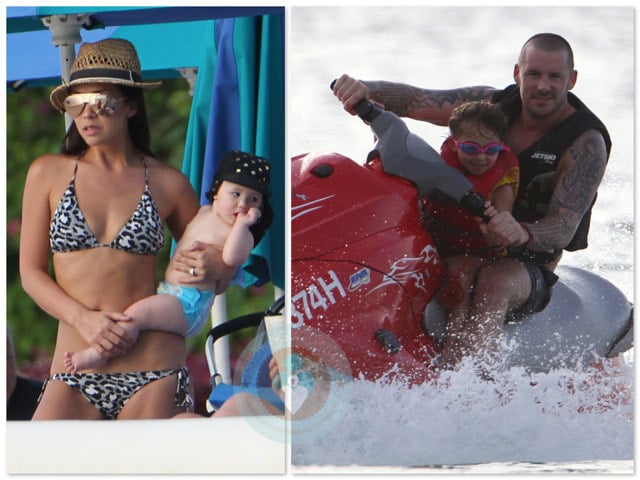 The couple, who were married in October were definitely making up for skipping their honeymoon and seemed to be having a blast on the beach.

The TV host and 10-month-old Hero Harper looked on from under an umbrella as Graham and Ava whipped through the water on a jetski.  Myleene looked fabulous in a leopard print two-piece and straw sun hat as she built sandcastles and enjoyed a quick swim.

The Quinn’s join a host of celebs that have been spotted on the Caribbean island over the holidays.  Earlier this week an expectant Andrea Corr was spotted playing in the surf with her husband Brett Desmond.  Mark Wahlberg, Simon Cowell, Sinitta and Emma Forbes also made appearances in paradise over the past few weeks.