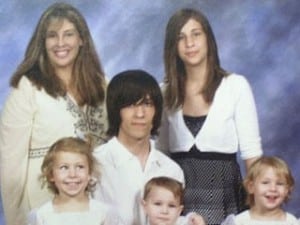 An eBay auction to name an unemployed Arkansas woman’s seventh child is currently up over $26,000 after the determined mom took to the press.

Lavonne Drummond, 36, complained to the press this week that eBay removed her first three auctions because of “sellers are not permitted to solicit donations,” the online site prohibits auctions that promote “giveaways, lotteries, sweepstakes, random drawing, raffles, contests or prizes”, and an actual “item” was not offered for sale.

She was allowed to keep her fourth auction on the site following an inquiry by FOXNews.com, and now that auction is one is tipping the scales at $26,000.

As of late Thursday, Lavonne’s latest auction had only received a bid of $202.50. And with five days remaining, the auction could hit $40,000.

“It sounds really crazy but I thought maybe there’s someone out there who could help me out with a good name,” Lavonne told FOX “I’m running out of names.”

“You can name him after a loved one, a departed one, or any grate [sic] boy name!” the ad reads. “I am really looking to get around 20-25 thousand for a new car that fit my BIG family.”

eBay users used the auction’s q&a section to tell the mom of 7 exactly how they felt about her fundraising scheme. Many tearing her apart for having so many kids when she couldn’t afford them.

Lavonne is also accepting paypal donations through the ‘morning jungle’ website. (ughh!) The kicker – hubby, Richard, a Navy sailor stationed in Virginia, doesn’t even know all of this is going on.