Home » Naomi Watts & Liev Schreiber Get Into The Halloween Spirit With Their Boys!

Naomi Watts and Liev Schreiber were photographed getting into the Halloween spirit with their sons Sam and Alexander(Sasha) in Tribeca, NYC on Sunday (October 25, 2015). 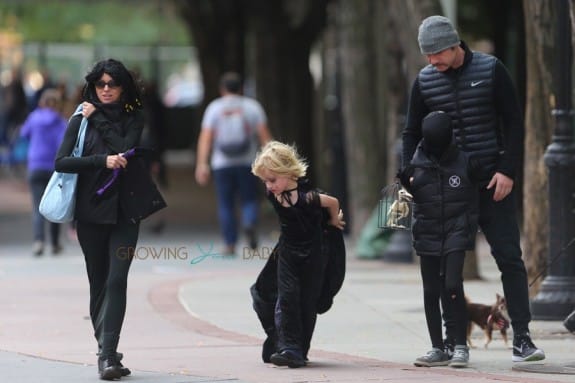 Sam wore a vampire costume, while Alexander went incognito in a black skin suit that he paired with a Pteradactyl in a cage.

Liev carried him on his shoulders as they made their way home. 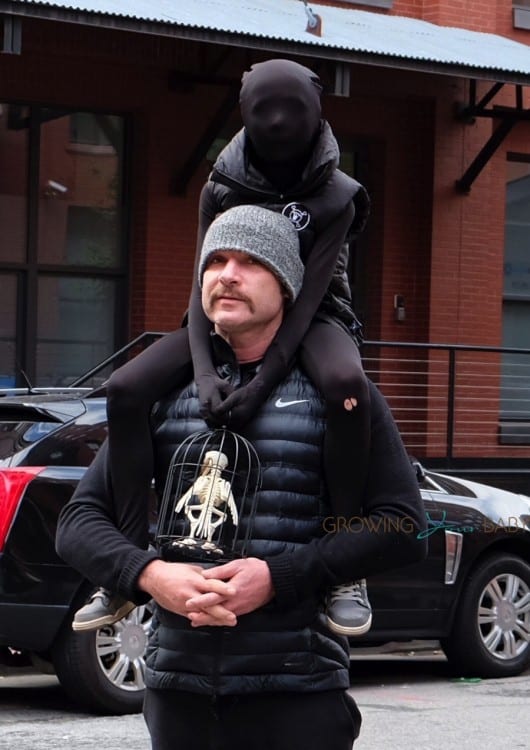 The family splits their time between New York and LA as the couple films their various projects. Naomi is currently filming The Book of Henry, and she will reportedly join her husband in The Bleeder. According to EW.com, Liev and Naomi have been cast, respectively, as heavyweight boxer Chuck Wepner and his wife Linda in the film that tells the story of the boxing match between underdog Wepner and superstar fighter Muhammad Ali, as well as the fame and partying that followed.