Home » Naomi Watts: Still Growing And On The GO!

Pregnancy hasn’t slowed Naomi Watts done one bit. She was seen headed out to an LA studio on Wednesday. 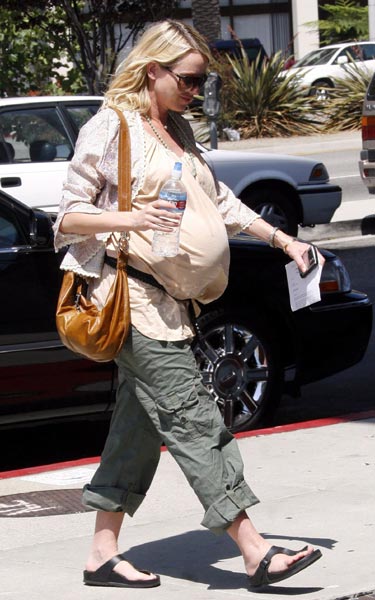 She apparently isn’t due until August, but I cannot see how there is anymore room for her baby to grow. Celebrities like to give out a ‘throw off’ date so that they can have their privacy before the baby arrives.

I would be very surprised if she lasts 4 more weeks.

In the fall, Naomi, 38, will start filming a psychological drama, Need, which features the beautiful blond alongside best pal Nicole Kidman. She is set to play a psychiatrist whose patient, Nicole, is having an affair with her husband.