Although countless studies have highlighted the importance of sleep for children and adults, very little was known about how sleep impacts the brain development of infants. Of course, with all the time they spend sleeping, it would only make sense that it plays a key role, and now researchers believe they have found what that role may be—that, for infants between 3 and 11 months, nap time helps them to retain newly learned skills and behaviors. 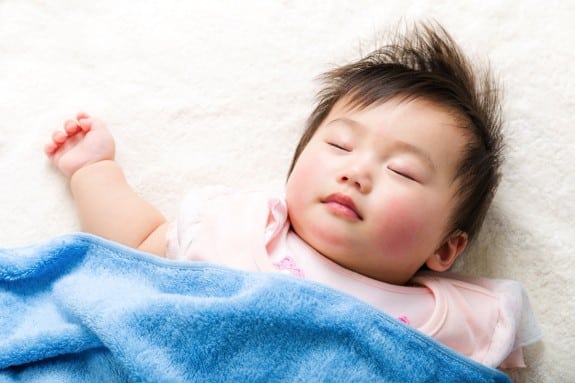 Infants in this age range typically take around one and four naps each day, and each nap lasts between 30 minutes and 2 hours. To assess how sleep affected their learning and memory skills, researchers visited the homes of 216 healthy infants either right after they slept or just before they were expected to fall asleep. Each infant had two visits in total.

During the first visit, researchers conducted a learning task. This involved showing infants how to remove a mitten placed on a hand puppet. On the second visit—either 4 or 24 hours later—researchers monitored how the infants reacted to seeing the puppet again. They watched to see if the infants would try and remove the mitten, which would indicate that they’d processed and remembered the actions from their learning task.

Published in the Proceedings of the National Academy of Sciences, results from the study found that infants who had at least a 30-minute nap within 4 hours of the learning task could remember how to remove and play with the mitten on the puppet. However, infants that did not nap, as well as those that napped less than 30 minutes, could not perform the learning task. And those that napped at least 30 minutes after the learning task showed better memory skills than those that did not nap or had napped less than 30 minutes after the task. This suggests that anything less than a 30 minute nap is ineffective at helping an infant’s brain process and consolidate new information.

“These findings are particularly interesting to both parents and educationalists because they suggest that the optimal time for infants to learn new information is just before they have a sleep,” Dr. Jane Herbert of the University of Sheffield in the UK, who worked in collaboration with investigators from Ruhr University Bochum in Germany, told Medical News Today. “Until now, people have presumed that the best time for infants to learn is when they are wide awake, rather than when they are starting to feel tired, but our results show that activities occurring just before infants have a nap can be particularly valuable and well-remembered.”

Herbert added that engaging in other learning activities, such as reading, just before bedtime, could significantly help improve learning and memory development.

The team plans to conduct another study to determine if sleep can increase the amount of information an infant can retain, and if memory quality is boosted by sleep.