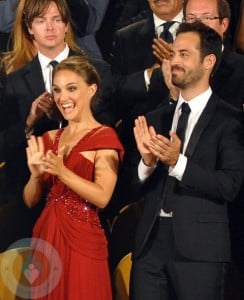 Exciting news out of Hollywood today as Natalie Portman has announced she is engaged AND expecting her first child.

The actress’ rep confirmed to People Magazine today that she is engaged to Benjamin Millepie, a choreographer who she met while working on her latest film, Black Swan and that the pair are having a baby.

The mom-to-be then released an exclusive statement to EW.com saying,

“I have always kept my private life private but I will say that I am indescribably happy and feel very grateful to have this experience.”

Natalie has already earned both a Golden Globe nomination and a Screen Actor’s Guild nomination for her performance in the Darren Aronofsky drama. Many feel she will also snag an Academy Award nomination once those are released.

Congratulations to the couple!  There isn’t any word yet on the due date or if the wedding will take place before the new baby arrives.