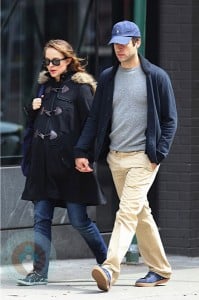 Congratulations are in order for Natalie Portman and her fiance Benjamin Millepied. The pair welcomed an addition to the family on Tuesday – a baby boy.

People Magazine reported on the delivery on Tuesday night, but other than the sex of the baby and the birth date, there has been no other information on the arrival released.

Natalie has always been strict about keeping her privacy. The couple met on the set of one of her recent films, Black Swan. It was in December that she announced she was pregnant and expecting a new arrival. She also announced her engagement at that time.

We do, however, know that she looked great during her pregnancy.  Here is a look back at her style (minus the Winter photo) while expecting!