Home » Neil Patrick Harris and David Burtka Hit The Market With Their Twins!

Neil Patrick Harris and David Burtka were all smiles while at the Farmer’s Market with their twins Gideon Scott and Harper Grace on Sunday. 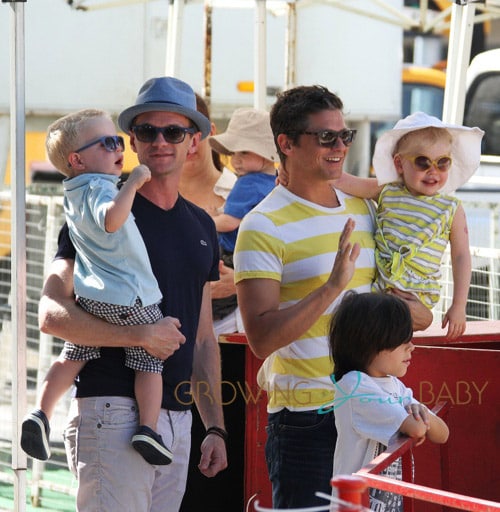 The doting daddies treated their pair to pony rides and some ice cream.  Neil was photographed smooching Gideon and then giving him a high five. 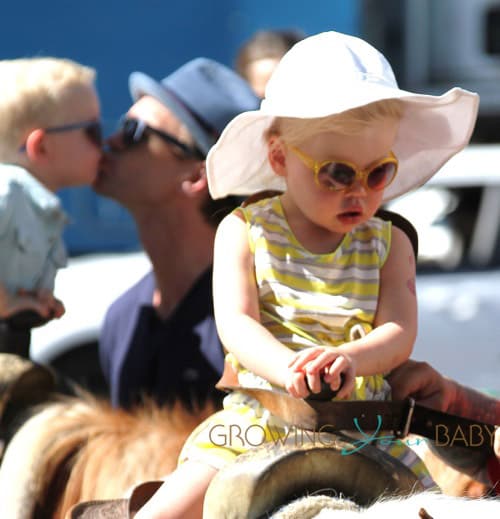 While on the Ellen DeGeneres show last week Neil chatted to the host about how the twins are doing,

“They’re really, really cute and they’re talking a ton now in words that you don’t quite understand.  They’ll say these crazy expressions that I guess we say that we didn’t realize.  We’ll say here’s your dinner.  It’s Pasta and they’ll be like, ‘Oh. My. Goodness…  Oh. My. Gosh’. Harper’s favorite expression is ‘Stop it.'”

Neil may have wrapped production on his hit show, How I Met Your Mother, but he has quite a few projects in the works for the Summer.

He is currently working on Seth MacFarlane’s new project, A Million Ways To Die In The West, and will also host the 2013 Tony Awards.

Cue the orchestra because we can’t wait to see Neil hit the stage at the Radio City Music Hall for the fourth time on June 9th!