NERF Fans rejoice!  There are some very cool blasters on the way.  Just a couple weeks ahead of Toy Fair, Hasbro has released details of 4 awesome new blasters that are perfect for kids of all ages!

The NERF N-STRIKE ELITE HYPER-FIRE Blaster will hit stores in Fall 2016. Created for kids 8+ it fires an impressive five darts per second on unsuspecting targets. With full-auto rapid-fire speeds and a high capacity 25-dart drum, the HYPER-FIRE Blaster will dominate the NERF battlefield! Includes 25 ELITE darts. Requires 4 “D” batteries, not included. Will be priced at $49.99. 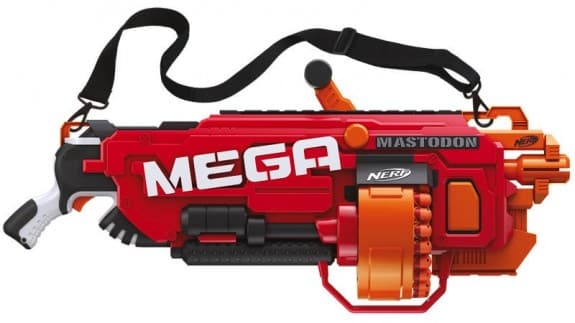 Designed for kids 14+, teens can send a barrage of NERF RIVAL foam firepower flying toward the competition with the RIVAL KHAOS MXVI-4000 blaster. The first fully automatic NERF RIVAL blaster, the high-capacity KHAOS MXVI-4000 blaster, boasts a 40 round magazine for battle domination. Available in red or blue, each sold separately Includes 40 NERF RIVAL foam rounds. Requires 6 “D” batteries, not included. To retail for $69.99 when it is released in Fall 2016. 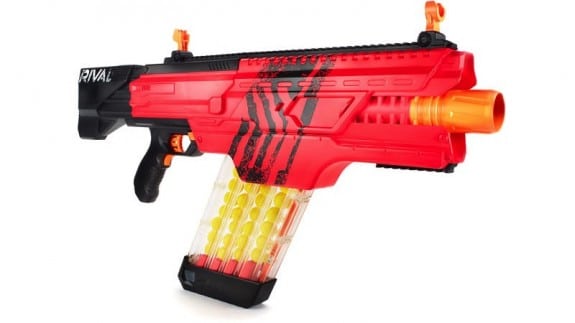