New parents Neve Campbell and her partner J.J. Feild were photographed out for a stroll with their son Caspian in Los Angeles, California on Thursday (November 21st). 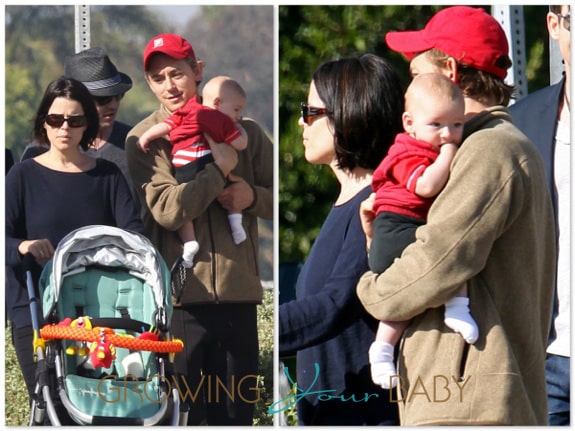 Neve pushed her stroller along side some friends, while J.J. carried Caspian in his arms.

Just 3 months post partum, the new mom is looking great and already back to work. It was announced this week Neve will join the Grey’s Anatomy cast for ‘multiple episodes’ as one of Derek Sheppard’s(Patrick Dempsey) four sisters. We will definitely be watching when Neve makes her debut in Season 9, Episode 8: “Love Turns You Upside Down”, airing December 6.