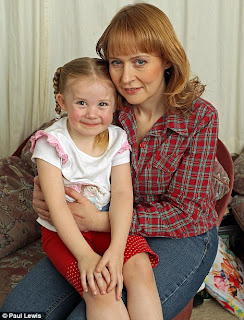 Breastfeeding older children, called extended breastfeeding, is often done in private to avoid the disapproving comments that are flung out. One group of mothers, however, is breaking the silence by sharing their breastfeeding stories in a new book, Breastfeeding Older Children by Ann Sinnott.

The cultural norm in most of the West is to wean by 12 months of age, 24 months at the most. However, not all mothers and children are ready to end their breastfeeding relationship at that time. Some are quietly bucking the cultural tradition and instead choosing to nurse for far longer. Extended breastfeeding, child-led weaning, biological weaning; what ever you call it, these families are choosing not to stop just because some people feel uncomfortable.

Ann Sinnott did not begin with any intention of breastfeeding for a long term. When her daughter was six months old she considered going as far as two years. What she found was that her daughter’s natural desire to continue breastfeeding, as well as the health benefits she received, carried them past that date easily. Curious about other families, Sinnott conducted one of the largest surveys of mothers who choose extended breastfeeding. She found that the numbers were on the rise.

More women, mostly educated, middle-class professionals were choosing to go against the cultural norm and opting to let their children breastfeed until they were biologically ready to wean. These parents were certain of the benefits that breastfeeding could provide, as well as the physical closeness. For many in the Western societies though, extended breastfeeding brings up negative images.

What thoughts come to mind at the notion of children aged eight and older breastfeeding?’ asks Sinnott, whose 17-year-old daughter was breastfed till the age of six-and-a-half.  ‘You will think of sex and possibly think the mother is sexually deviant. You will also think of emotional disturbance in both the mother and child.  What is the basis for such thoughts? Is there any evidence? The answer to that, of course, is no. The basis for such judgments is cultural.’

One mother, Rebecca Hunter, says, “It doesn’t shock people in other countries. It’s only abnormal in this country.”

As a long-term breastfeeder, she’s found herself in the minority. ‘I went to a breastfeeding group when she was two,’ she recalls, ‘and some of the mums of the newborns were shocked.  They said: “Oh my goodness, you’re still feeding her?” They didn’t know you could feed a child of that age. But having read up on the subject and spoken to other mothers, Rachel was confident her daughter would stop breastfeeding in her own time.’

‘Baby-led weaning, as we call it, is allowing a child to come away from the breast on their own,’ she says.  ‘This is what animals do – like cats feeding their kittens. The natural weaning age is actually six. That’s when children lose their milk teeth, have a solid bone structure and a developed immune system.  My daughter stopped on her own because she started going to school, so she was ready for the next stage of her life.  It was quite gradual – she was getting older and her two older sisters were an influence as well. She could see them drinking out of cups and wanted to do the same.’

Extended breastfeeding is recommended by most health care groups. The World Health Organization recommends a minimum of two years, and beyond for as long as it is wanted by both mother and child. Other organizations agree that it should continue until both mother and child are ready to stop. The American Academy of Pediatrics says there is no upper limit to the age of breastfeeding, and reassures parents that there is no evidence of harm from breastfeeding to age three and beyond. Medically and biologically, breastfeeding a toddler and older child is normal.

Sinnott’s new book will provide a glimpse into the world of breastfeeding that few get to see. The hope is that this book will both encourage mothers who feel alone, and give those who are against long-term breastfeeding an image that may be counter to what they believe such families look like. Some may be chocked that the normal family that lives next door, could be extended breastfeeders themselves. – Summer, staff writer