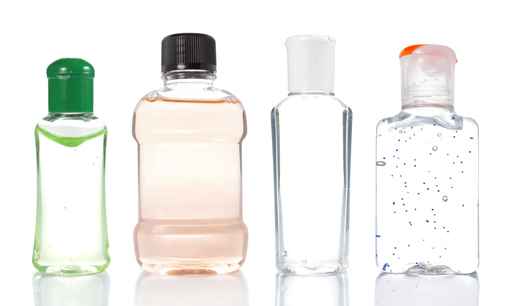 Hand sanitizer often has a form of alcohol, such as ethyl alcohol, as an active ingredient and works as an antiseptic. This paired with the fact that some companies are adding fruity smells has become a cause for concern.

The levels of alcohol in hand sanitizer range from 45% to 95%.  Ingesting even small amounts can cause alcohol poisoning. Wine and beer contain just about 12% and 5% alcohol so just a couple squirts of sanitizer can cause confusion, vomiting and drowsiness in young children.

Since 2010, poison control center hotlines across the United States have seen a nearly 400% increase in calls related to children younger than 12 ingesting hand sanitizer, the Georgia Poison Center found during an analysis.

“Kids are getting into these products more frequently, and unfortunately, there’s a percentage of them going to the emergency room,”  Dr. Gaylord Lopez, the center’s director told CNN.

Dr. Lopez said in 2010 there were 3,266 hand sanitizer cases related to young children were reported to poison control centers. That number increased to 16,117 cases in 2014.

Some kids some children drink it intentionally in order to get drunk, while others do it on a dare from friends. Others, he said, do it because it looks and smells good.

“A kid is not thinking this is bad for them,” Lopez said. “A lot of the more attractive (hand sanitizers) are the ones that are scented. There are strawberry, grape, orange-flavored hand sanitizers that are very appealing to kids.”

Dr. Lopez recommends parents and teachers keep hand sanitizer out of reach of children and look for non-alcohol alternatives or sanitizing wipes.