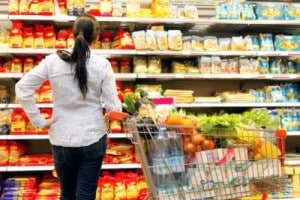 Budget conscious families may be noticing that, lately, they aren’t getting as many glasses out of the apple juice bottle.  Well, the truth is, food and beverage packages are shrinking and they’re not taking their price tags with them.

A new article on Canada.com reports that the economic downturn, of the past few years, has caused a lot of adjustments and some of those adjustments have been to packaging and how much product your actually getting.

Here are some examples cited:


The list goes on and on. Packages have shrunk and prices have held steady.  According to Liz Luzza, spokeswoman for Pepsi Co.’s Tropicana brand, “Tropicana learned from research that, in today’s tough economy, consumers generally prefer a slight adjustment to packaging size over a price increase.” 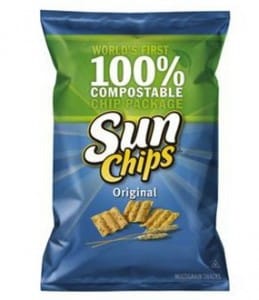 Some companies are trying to distract us with environmental initiatives.  SunChips introduced new packaging earlier this year that is 100% compostable.  It says so in big letters on the top of the bag.  They failed to mention that the new package now has 15gms less product than the old one.

When Heinz Canada was queried about the fact that there are now 50 fewer grams of sauce in a jar of Classico pasta sauce, their spokesperson, Joan Patterson answered that it was, “to hold consumer prices steady in spite of significantly increased costs for ingredients and packaging.”  But Patterson added that the size adjustment, “also had a positive impact on the environment because it reduced Classico’s carbon footprint, since less glass means less fuel used in transportation.”

Edgar Dworsky is a consumer protection specialist and editor of the website mouseprint.org, which is dedicated to exposing the tricks and loop-holes in the fine print of advertising.  He is also the former Massachusetts assistant attorney general.  Dworsky advises consumers to keep their eyes open.  Not all products in a category will necessarily downsize at the same time, so it is sometimes possible to switch brands and retain or improve value for money.

He also urges families of watch out for distracting marketing gimmicks,

“In many cases there’s something on the package, ‘new and improved,’ but usually new and improved is for their bottom line because of the downsizing, but they will almost distract the consumer’s attention.”

So, like everything else in this economy, grocery shopping is a little harder and we’re getting a little less for our money.  Keep your eyes open, watch out for misleading marketing techniques and take advantage of bargains when you find them.  – Jen R, Staff Writer.