According to experts, about 1 to 2 percent of babies in the U.S. are now born with the help of in vitro fertilization (IVF). But there are thousands more failed attempts at pregnancy, which makes it clear that there is a serious need for better embryo selection techniques. And better techniques are exactly what British fertility experts hope to bring to the world with their time-lapse snapshot method. 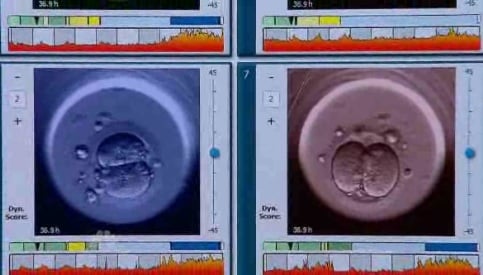 Currently, IVF specialists choose embryos based on their appearance through a microscope. From the time that fertilization occurs to the time of implantation, potential embryos will be viewed “up to six times over a 5-day period,” Alison Campbell, Care Fertility’s embryology director and lead researcher on the study being published told NBC News.

Developers of the time-lapse snapshot method say that there are many intervals that could be missed with the current technique, which could explain why so many IVF cycles fail after implantation. This is where the snapshots really make a difference, they say. 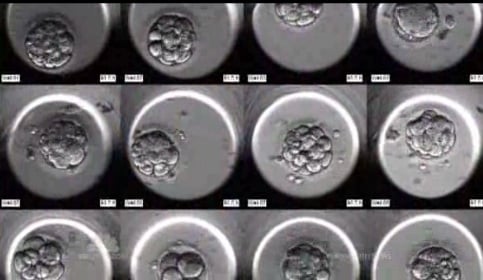 “With time-lapse we have the ability to view more than 5,000 images over the same time period to observe and measure more closely each stage of division and growth,” Campbell said.

In fact, the team’s latest study, published in the journal Reproductive BioMedicine Online, highlights the success rates they’ve seen in their own clinics. They say that the chances of producing a successful live birth after IVF have been increased by 56 percent with the new technique. Pair this new technology with a technique called morphokinetic algorithms (also developed by Campbell’s team), or MAPS (which showed to predict live birth rates in 78 percent of patients), and it’s no wonder the IVF community is excited about the potential of this new method.

“In the 35 years I have been in this field, this is probably the most exciting and significant development that can be of value to all patients seeking IVF,” Simon Fishel, a leading fertility doctor and director at the IVF clinic operator CARE Fertility where the technique is being developed, told NBC.

Even independent scientists not involved with the study are anticipating the advanced technology. However, many of them do feel that there’s a need for full randomized controlled trials (the gold standard in medicine) before the technique can be adopted into mainstream practice.

“Until the new technique is compared to current practice, we cannot know whether different embryos are being chose,” Sue Avery, head of the Women’s Fertility Centre in Birmingham told NBC. “The IVF community needs a prospective randomized controlled trial to prove that the new approach delivers better results before it can be recommended to patients.”

And other experts seem to agree.

“This paper is interesting because we really do need to make advances in selecting the best embryos created during IVF,” Allan Pacey of Sheffield University, chair of the British Fertility Society, who was not involved in the study, told NBC. “The idea of monitoring embryo development more closely is being used increasingly in clinics around the world and so it is good to see the science involved submitted to peer review and publication. All too often, developments in IVF are trumpeted as advances when they remain unproven.”