A New Jersey Daycare is in hot water after one of the children that was in their care wandered away unnoticed and walked home. 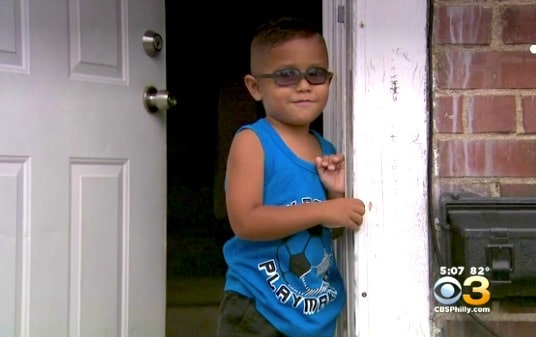 On Tuesday morning Yomara Ortiz dropped her son Dariell off at Kinderworld EduCare Center at 7:20am and headed to work.  Just 40 minutes later she received a phone call from her teenage daughter wondering why her son was back at home.  Thinking she was just kidding, Yomara was shocked to learn the news was true.

The three-year-old, her daughter said, was standing outside the side door crying around 8 a.m.

Furious, Yomara called the Daycare to inquire about her son’s whereabouts, but staff at the facility could only apologize – not offer her an explanation of how the child wandered away undetected.

“I called her and asked her [the director] where is Dariell,” Ortiz said.

The director, she thinks, went to look for him and a few moments passed.

“She didn’t say anything.  I said exactly. He’s not there, he should be there; but he’s not there. He’s at my house.”

The teacher lost the pre-schooler after she sent him back out to the play yard.  He had been in the facility when she was in the kitchen, but slipped away when he headed back outside to play.

Even though the trip home is a short one, Dariell would have had to cross a major street to get there.

After questioning him, Dariell told her that he didn’t want to go back because he was scared her would end up in time out for doing something wrong.

Yomara has filed a report with Hamilton Police and also the Division of Child Protection and Permanency.