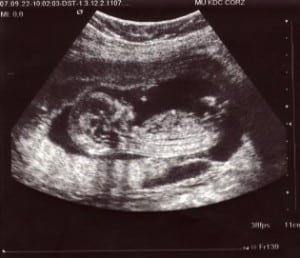 UK researchers have developed a new, non-invasive test for Down’s syndrome that might help parents know about the genetic condition in their babies in the first three months of pregnancy.

The new study, which was published in the online issue of Ultrasound in Obstetrics & Gynecology, looked at a more reliable, non-invasive method for detecting Down’s syndrome than previously known methods.

Kypros Nicolaides of King’s College London and team, say that the test analyzes the baby’s DNA in the expectant mother’s blood during the first trimester.

Down’s syndrome is a genetic condition also known as trisomy 21. It is caused by the presence of an extra copy of chromosome 21 in the baby’s cells and occurs by chance at conception. In this UK around 750 babies are detected each year with Down’s syndrome. The risk of having a baby with the condition can increase with maternal age.

Currently there is a ‘combined test’ available to expectant moms between the 11th and 13th week of her pregnancy to detect Down’s syndrome. This includes an ultrasound and a blood test which also takes not of the mother’s age. If the tests come back positive the mom can opt for a more invasive test but this comes with the risk of a miscarriage.

The two invasive tests include, chorionic villus sampling (CVS), which samples a small piece of the placenta, and amniocentesis which tests amniotic fluid around the baby.

In several previous studies it has been noted that testing the blood sample of the pregnant mom for fetal cell free DNA (cfDNA) can also help in detecting many conditions and this is the first time that the test is being used for Down’s syndrome and other chromosomal disorders.

The researchers conducted the test on 1,005 pregnancies at 10 weeks gestation at three UK hospitals between 2006 and 2012 and  found that the results of the cfDNA test were more accurate than the combined test.

The rate of false positives using the cfDNA test was 0.1% compared to 3.4% for the combined test.

“This study has shown that the main advantage of cfDNA testing, compared with the combined test, is the substantial reduction in false positive rate.”

“Another major advantage of cfDNA testing is the reporting of results as very high or very low risk, which makes it easier for parents to decide in favor of or against invasive testing,” they add.

The study authors also say that it might be good to add this cfDNA test at 10 weeks with the combined test at 12 weeks to not only retain the advantage of the present screening method but also increase the rate of detection. It will also decrease the use of invasive testing.