Some of the best memories that we ever make are from our childhood. It is a time of pure innocence, a beautifully exciting experience. But have you ever noticed that the memories that we make are the ones that we can barely remember? A group of researchers have aimed to find out why we have trouble remembering some of our most formative years. 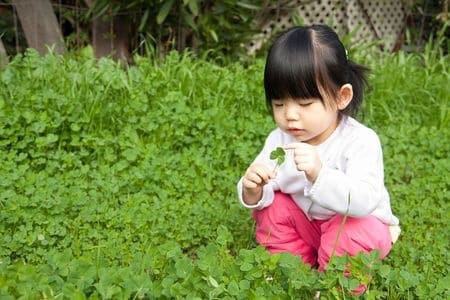 The researchers hypothesize that as we grow older, the growth of new brain cells replaces and effectively “overwrites” the existing cells, thus replacing the earlier memories of our childhood. Infantile amnesia, also known as childhood amnesia is described as the inability of adults to recall childhood memories from the age of four or less, although in some cases it can extend up to the age of ten. Researchers have discovered that kids are able to recall memories from before ages three and four. However, as the children age, these memories begin to fade and decline.

Katherine Akers, lead author of the study at the Neurobiology Laboratory at the Hospital for Sick Children in Toronto says,

“Infantile amnesia refers the absence of memories for events that occurred in our earliest years – most people typically don’t remember much of what happened when they were only 2 or 3 years old. But this doesn’t seem to be because children at this stage can’t make memories – when our daughter, for instance was 3 years old she would enthusiastically recount in details trips to the zoo to see grandparents and so on. But she is now 5 and has no recollection of these events – these memories are rapidly forgotten.”

The hippocampus region of the brain is the area responsible for forming memories. Various studies have looked at how new neurons might play an integral part in forming new memories. Researchers have found that the most common result is that the brain reduces the production of neurons, a process known as neurogenesis, inhibits the formation of new memories. The researchers also believe that as the new neurons become integrated, they begin to “automatically remodel” the circuits of the hippocampus, this replacing the existing memories. This “remodeling process” might contribute to the deterioration of the memories stored in these hippocampal circuits. In this study, researchers tested the theory by artificially increasing levels of neurogenesis after learning in adult mice.

“We speculated that these high levels of hippocampal neurogenesis are essentially incompatible with stable memory storage – while infant mice (and human infants) are able to make memories, high levels of neurogenesis lead to the ‘overwriting’ of this information and forgetting. In our paper we provided evidence for this idea by showing that reducing neurogenesis in infant mice lead to the relative preservation of memories that otherwise would have been forgotten.”