In recent years bullying has become a great concern amongst parents and teachers. It can be found everywhere from the classroom, neighborhood and online.  However, a new study published by the Journal of Family Violence says that the biggest bullies are often the ones further away from the schoolyard, and much closer to home. 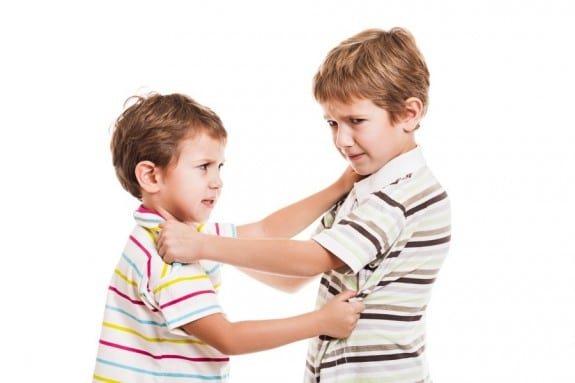 Lori Hoetger, an author of the study from the University of Nebraska-Lincoln said, “Rivalry is one word that they used.” Hoetger’s team gathered up 400 undergraduates and polled them about their experiences growing up, employing a checklist of verbal and physical behaviors which align with the academic definition of bullying, if these behaviors are repeated over a period of time. To the researcher’s surprise, the bullying dynamic discovered was most commonly amongst siblings more often than any other peers.

The study also found that those who were being bullied by a sibling were much less likely to report someone else being bullied to an authority figure like a teacher or parent. Hoetger said, “We think that’s because people who are experiencing sibling bullying somehow normalize it.” Licensed clinical social worker.

Katey Smith, who works with a non-profit called Family Centers in Connecticut said that parents and authority figures at home all too often downplay bullying amongst siblings. However, one of her current clients include a mother and father who had noticed that their older son, an 11 year-old gifted sports player, had been picking on his artsy younger brother. Smith said, “It’s verbal but it can become physical when rough play and wrestling turns into something more extreme. It’s mostly the older brother making fun of the little brother. It’s all the time and it causes the little one quite a bit of stress because he looks up to his brother.”

Currently, Smith is working with the family to help the older boy set boundaries and working on coping mechanisms and emotional support for the little brother. Bullying has been shown to have lasting long-term effects and she said that it is absolutely crucial to break the cycle as early as possible. A similar study done by the University of New Hampshire last year found that 32 percent of kids who had reported being bullied by a sister or brother had suffered higher rates of mental-health issues, while researchers at Oxford University had found that kids who were bullied by a sibling at 12 years of age were twice as likely to report being depressed or suffering from anxiety at 18 years of age.

While many back the study and agree with it, there is some disagreement that comes from a rather surprising source. Ross Ellis, a real-estate agent who founded the non-profit Stomp Out Bullying, believes that the whole thing is being “overblown,” saying, “This is sibling rivalry that started in ancient days and will continue in future days. Bullying is just the hot buzzword today.” However, Dr. Gail Saltz, a New York psychiatrist said, “It’s understood that kids who are bulliers at school are sometimes being bullied at home, often times by a sibling, though sometimes by a parent. And it has a sustained impact – depression, insecurity and loss of trust and intimacy in relationships.”