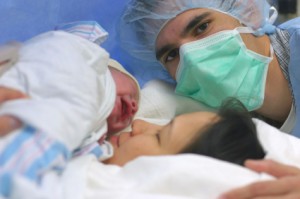 Strokes have become an increasing problem in U.S. population over the last several years. Current statistics from the American Heart Association estimate that 795,000 people suffer from a stroke, each year. While many people are aware of the increased risk of stroke, they mistakenly think that it is confined to the elderly or morbidly obese. Sadly, however these risks are not confined to a select group of people – quite the contrary, in fact.

CDC epidemiologist Elena V. Kuklina, MD, PhD and her colleagues compared stroke rates during pregnancy, at the time of childbirth and after childbirth. Discharge information from 1,000 hospitals nationwide was used to conduct the study. According to one CDC researcher, what they found was that stroke rates had increased at “an alarming rate” during and after pregnancy.

Post-partum stroke numbers were much higher. Strokes after pregnancy indicated an 83% total increase. What was even more astounding was the fact that younger women, those between the ages of 25 and 34, were the most likely to be hospitalized for a stroke.

Increased blood pressure during pregnancy is thought to be the main contributing factor. Women with increased blood pressure accounted for 41% of the women that experienced a stroke after delivery. Other factors were also pointed out, however, including low levels of physical activity, blood clotting disorders, obesity and diabetes.

To make matters worse, there is little known about treating high blood pressure during pregnancy. There is no definitive answer on how to treat high blood pressure after pregnancy either. The only real suggestion that the Kuklina could offer was for women to try and address their lifestyle issues before pregnancy.

Regular physical activity, not smoking and eating a healthy diet can help control both diabetes and high blood pressure. Maintaining a healthy lifestyle also reduces the risk of heart disease, obesity and stroke. Even if you are currently pregnant, it is never too late to start moving towards a healthier lifestyle to reduce your risk of stroke.