Typically, when a child enters the world, after they have been weighed and cleaned up, mom and dad like to make sure that baby has ten fingers and ten toes, making sure all is well with their little bundle of joy. But science is ever-progressive, and as such, are able to offer genome sequencing to the parents of newborn children. A new study, published earlier this month in the journal Genetics in Medicine, explored how the parents of newborns responded to the offer of having their little one’s genome sequenced. 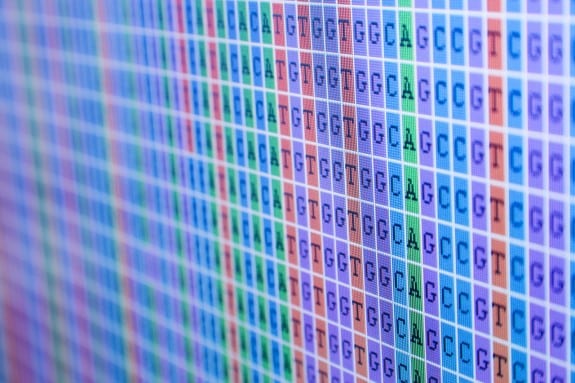 Research was performed at Brigham and Women’s Hospital in Boston, where a brief orientation was given to 514 parents within 48 hours of their children’s birth, on the genome and how it pertains to health. Parents were then asked how interested they would be in having their infant’s genome evaluated. Regardless of demographic backgrounds, interest in the testing was spread out evenly among the parents.

Parents who were married, as well as those who had a history of health concerns about their child were a little less interested in having their infant’s genome sequenced. Senior author of the study, Robert C. Green, also a geneticist and researcher at BWH and Harvard Medical School said, “Several other studies have measured parents’ interest in newborn genomic screening, but none focused on new parents in the first 48 hours. Since this is when genomic testing would be of the greatest value, it is especially important to study parents’ attitudes immediately post-partum.”

Green, along with Alan Beggs, of Boston Children’s Hospital, both co-direct the BabySeq project. By next year, they are expected to offer hundreds of parents of healthy, as well as ill newborns, the chance to have their children’s genome sequenced. Green says that genomic sequencing is of the greatest value, when it comes to the treatment and care of infants, if they are done in the earliest stages of infancy.