When we hear a little one’s cries, we often respond in a myriad of different ways. We try to soothe them, change them, feed them, or sing to them. A new research study conducted at the University of North Carolina at Greensboro along with colleagues at Fuller Theological Seminary and Hebrew University of Jerusalem have found that a mom’s response to her child’s crying could be influenced by her own childhood experiences. 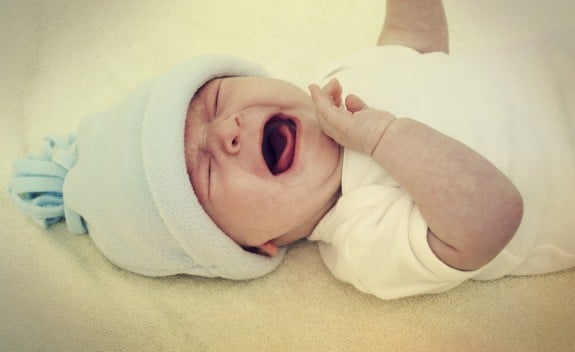 Researchers studied 259 first-time moms who had been followed from pregnancy up until their infants were six months of age. They found that mothers that had positive experiences with their parents and caregivers in childhood, as well as those who had accepted and come to terms with negative experiences when they were children, were more involved and interested in an infant when they were shown videos of babies crying. Those moms also tended to respond in a more sensitive manner to their own children’s needs.

However, moms who had a previous history of difficulty keeping their emotions under control, as well as a history of depression, responded to the same videos of infants crying by turning the focus on themselves, rather than the crying children. The same effect was observed in moms who had difficulties controlling their stress while being shown the videos.

The study also found that these expectant moms who had a negative response to the videos were also less sensitive when it came to caring for their own infants at the age of six months old. Lead researcher Esther Leerkes, professor of human development and family studies at the University of North Carolina says, “Responding sensitively to infant crying is a difficult yet important task. Some mothers may need help controlling their own distress and interpreting babies’ crying as an attempt to communicate need or discomfort.”

Leerkes believes that moms who have trouble responding to their babies cries can seek help via “home visiting programs or parenting classes that help parents become more aware of stress and teach ways to reduce it, as well as individualized parent education efforts.”