There has been more research than ever being released lately about the amount of time children are spending in front of screens. Too much “screen time,” as it is typically called, can have detrimental affects on children. A new research study has found that this overdose of technology can actually inhibit a child’s ability to identify emotions. 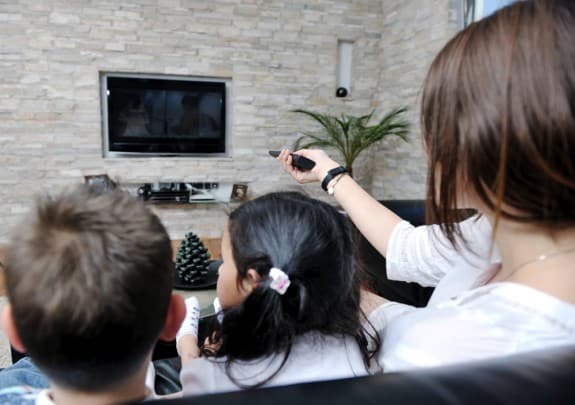 The study, coming from the University of California, Los Angeles and published in the journal Computers in Human Behavior finds that children in grade six, who were devoid of any exposure to technology for five days, were vastly better at identifying human emotions. Children who had regular access to smart phones, computers, tablets and televisions were not as keen in identifying emotions.

The researchers from UCLA examined two groups of sixth-graders from a Southern California public school. While one group of children were sent to the Pali Institute, which is an educational outdoor camp in California, where they would have zero access to electronic devices, the other group were told to live life as usual for them. The day the study began, both groups of children were shown photos of approximately 50 faces and asked what emotion the face was expressing. The same experiment was repeated at the end of the five day study period. The children who attended camp had scored higher in terms of positively identifying the facial emotions, and any other nonverbal cues, than their peers who had continued life as usual.

Patricia Greenfield, a senior author of the study and professor of psychology at UCLA says, “We were pleased to get an effect after five days. We found that kids who had been to camp without any screens but with lots of those opportunities and necessities for interacting with other people in person improved significantly more.” The results of studies such as this one can pose a big problem for educators, who these days are beginning to use technology to better educate their students. Greenfield says, “A lot of school systems are rushing to put iPads into the hands of students individually, and I don’t think they’ve thought about the [social] cost. This study should be, and we want it to be, a wake-up call to schools. They have to make sure their students are getting enough face-to-face social interaction. That might mean reducing screen time.”

The remedy to this would be reducing screen time. The AAP’s latest recommendation is that two hours a day for children aged 3-18 should be sufficient enough, while kids who are 2 years or younger should not be exposed to screen time at all. The sixth-graders who were involved in the study had reported that they would spend on average, more than four hours a day between watching television, texting and playing video games.

Marjorie Hogan, a pediatrician at Hennepin County Medical Center in Minneapolis, as well as a spokesperson for the American Academy of Pediatrics says, “If used appropriately, it’s wonderful. We don’t want to demonize media, because it’s going to be a part of everybody’s lives increasingly, and we have to teach children how to make good choices around it, how to limit it and how to make sure it’s not going to take place of all the other good stuff out there.”

Today’s digital landscape is vastly different from years past. In decade’s past, television used to be the only “screen time” that many children were exposed to. Today there are many more gadgets to distract them, from tablets to smart phones, to video game consoles and computers. Hogan says, “We need to make media a part of our lives, but in a planned, sensible way.” She suggests implementing a “healthy media diet,” where parents and their children work together to decide how much time to allot for screen time and media each day, and to make certain that children are making the right choices about what kinds of media they are exposed to.