Home » New Study Reveals Preschoolers Are Smarter Than We Realize!

High-school and college students often struggle with a certain subject. For some, its science, for others, literature, and for many, it’s math. More specifically, algebra.  After all, they are just coming into their own, and then they’re thrown into figuring out the relationship between x and y! For those who don’t enjoy algebra, their loathing of the subject will soon increase exponentially thanks to a new study which has found that most pre-schoolers and kindergarteners are able to solve some algebra problems before even setting foot in a math class. 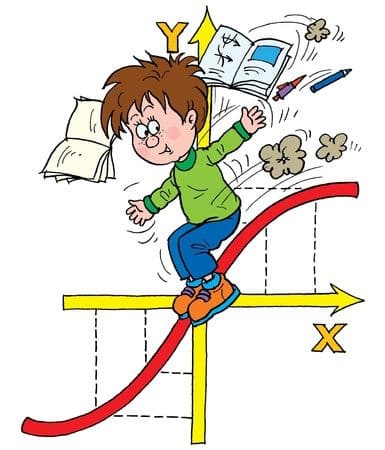 For the new study, which was recently published in the journal of Developmental Science, the lead author, Melissa Kibbe and Lisa Feigenson, associate professor of psychological, and brain sciences at Johns Hopkins University Krieger School of Arts and Sciences, found that most children between the ages of 4 and 6 are able to solve basic algebra problems naturally.

“These very young children, some of whom are just learning to count, and few of whom have even gone to school yet, are doing basic algebra and with little effort.”

Kibbe goes on to explain that the children are using a system called ANS, or Approximate Number System, sometimes also referred to as “number sense.” This system describes the way a human or an animal is able to quickly size up the number of objects that are in the environment around them. Kibbe, who was working in Feigenson’s lab, had wondered if preschoolers would be able to harness that system to try and solve for a hidden variable.

Researchers “acted” out the mathematical problems in a way preschoolers and kindergarteners could relate to and understand; with two fuzzy stuffed animal puppets, “Gator” and “Cheetah.” They then added “magic cups” filled with items like plastic doll shoes, buttons, and pennies. During the study, each child would sit down individually with a researcher who would introduce them to both of the characters, who each had a cup filled with an unknown amount of items. The children were then told that each of the animal’s cups would “magically” add more items to a pile of objects that were already in front of them on the table. The children could not know how many objects were in either of the character’s cups, but only saw the pile before it was added to, as well as after. It was then that the children had to use inference to figure out approximately how many items Cheetah and Gator’s cups contained. At the end of the experiment, the researcher told the children that she had mixed up the cups and then asked them, after allowing them to see what was in one of the cups, to help her find out who’s cup it was. Most of the children in the study knew who the cup belonged to, and it was this finding that led researchers to learn that these kids were solving for a missing quantity, which is essentially a basic algebra problem.

Feigenson, who is also the director of Johns Hopkins Laboratory for Child Development added, “What was in the cup was the x and y variable, and children nailed it. Gator’s cup was the x variable and Cheetah’s cup was the y variable. We found out that young children are very, very good at this. It appears that they are harnessing their gut level number sense to solve this task.”

This study begs the question though, of why algebra is so difficult for teenagers and others. After the results of this study, perhaps, there is hope for the algebraically challenged. Feigenson weighs in

“One possibility is that formal algebra relies on memorized rules and symbols that seem to trip many people up, so one of the exciting future directions for this research is to ask whether telling teachers that children have this gut level ability – long before they master the symbols – might help in encouraging students to harness these skills. Teachers may be able to help children master these kind of computations earlier, and more easily, giving them a wedge into the system.”