Home » New Test Could Reduce The Chance Of Delivering Prematurely 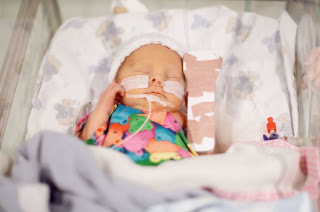 Australia’s state government says that a breakthrough in fetal medicine at Sydney’s Royal North Shore Hospital may reduce the risk of premature and still births.

Scientists from the hospital’s newly-opened Kolling Institute of Medical Research have discovered a protein in the blood of expectant mothers which could identify babies at risk of being born malnourished, says NSW Health Minister John Della Bosca.

One Percent of mothers with low levels of the angiopoietin-2 protein will experience problems with poor nourishment by the placenta during pregnancy.

Malnourished babies are restricted in their growth and are at risk of pre-term birth, still birth, learning difficulties and heart disease later in life.

Previously, the only effective treatment has been to deliver the baby early.

Now, doctors will be able to measure the levels of the protein in the mother’s blood as early as 10 weeks into the pregnancy and treat the mom-to-be accordingly.

The good news is that this research will be able to benefit moms, not only in Australia, but internationally.