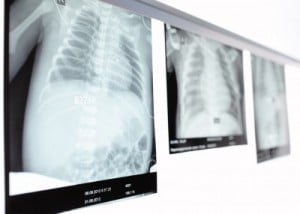 Tuberculosis, or TB, is a contagious bacterial infection that starts in the lungs. With time, the disease can spread to other organs, and in many cases, it is lethal. Unfortunately, while children and adults can be immunized against TB, the vaccine, BCG, has provided very little in the way of protection against the disease. Because of this, and the fact that TB claims the lives of more than one million people worldwide, that scientists have been working very hard at coming up with a better solution.

“A vaccine is likely to be a cost-effective way of preventing TB,” Richard White, an infectious disease expert at the London School of Hygiene and Tropical Medicine told Yahoo News, comparing the $650 million that has been invested in finding a better vaccine against the condition over the past decade to the more than $4 billion it costs to keep the disease under control.

What’s more, White says that we cannot afford to ignore the TB spikes worldwide, or the fact that many of these strains are resistant to treatment.

“There are certain boroughs of London that have higher rates of TB than parts of Malawi,” he said. “TB is such a big problem that we really need to throw the book at it.”

That’s exactly what Dr. Helen McShane of the University of Oxford and colleagues hoped to do with the development of the MVA85A vaccine. Unfortunately, after injecting 2,800 BCG immunized infants from South Africa with the new vaccine, researchers found very little in the way of positive results.

Half of the 2,800 children were given the MVA85A vaccine and the other half had been given a placebo injection. Researchers then followed the children from the next three years. Unfortunately, while the vaccine did not seem to have any major side effects, it only offered an efficacy rate of 17 percent – 39 of the children injected with the placebo ended up contracting TB while 32 given the MVA85A vaccine ended up contracting TB over the three year time period.

The news of the failed study proved to be rather disheartening for some health officials.

“It’s pretty disappointing,” Dr. Jennifer Cohn, a medical coordinator at Doctors Without Borders, who was not involved in the study, told Yahoo News. “Infants are at really high risk of TB, but this doesn’t seem to offer them any protection.”

But despite the lack of positive feedback from this study, the work done wasn’t a waste. Not only does this particular study help teach researchers something new about this vaccine and others that are currently being tested or in development, there have been previous studies that have shown some promising results for the MVA85A vaccine. This means that the vaccine could provide protection for adults and adolescents since, as McShane points out, their immune systems work differently than those of infants. But only more studies will prove if their hopes of providing a vaccine to adults will come to fruition.

“If this vaccine is effective in adults, that would be hugely valuable because the majority of TB disease and deaths are among results,” White said. “But no one knows the answer to that right now.”